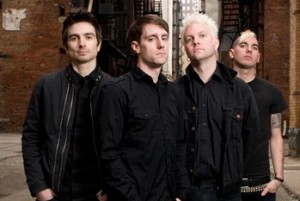 by Brittany Strummer Side One Dummy 10 years ago

With their new album due out March 20th, 2012, Anti-Flag have announced a bunch of performances and appearances including the inaugural AntiFest set for May 3rd at The Forum in Hertfordshire, UK. It will include the band, Bouncing Souls, The Menzingers, The Skints, The Computers, and Red City Radio.

Also announced was a headlining tour of Australia set for May 24th through June 3rd. It will include Strike Anywhere, and The Flatliners. Dates can be found here.