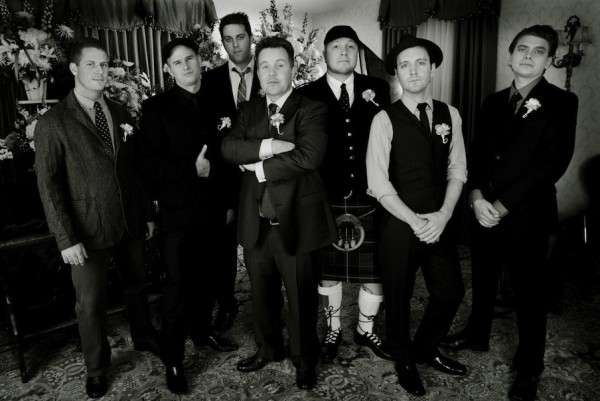 We're happy to be bringing you an exclusive new track from the Dropkick Murphys. We're premiering the song, "Tessie," from the Live at Fenway bonus disc included with the deluxe, expanded edition of Going Out in Style titled the Fenway Park Bonus Edition.

The reissue is due out March 13, 2012 and the bonus disc features a live recording of two sold-out hometown shows. As well as the disc, a code is included for filmed version of the show and the complete story of Cornelius Larkin by the band's friend and best-selling author Michael Patrick MacDonald (All Souls, Easter Rising). The Cornelius Larkin story is an expansion of MacDonald's Cornelius Larkin obituary that appears in the Going Out In Style liner notes.