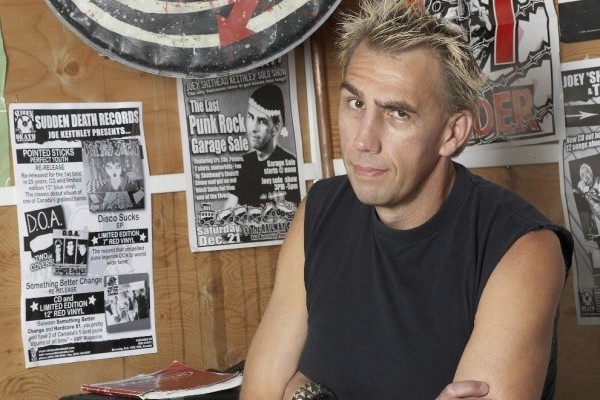 The National Post is reporting that D.O.A. frontman Joe Shithead Keithley will seek the NDP nomination in next year's provincial election in British Columbia. While initial reports claimed that the Burnaby, BC-rased musician would run in the riding of Burnaby-Lougheed, Keithley has since stated this will not be the case. An announcement in regards to the specific riding will be announced next week.

The veteran punk commented "Obviously the aim is to get as many candidates elected and try to win the election… So that's why I'm getting into this. I want to change this world into a better place and it ain't happening with the B.C. Liberals, if you ask me."

Keithley has a long history of performing at political protests, environmental events and for other causes. In both the 1996 and 2001 he ran for the Green Party in the (now dissolved) riding of Burnaby-Willingdon. In those two elections he finished fifth and third.