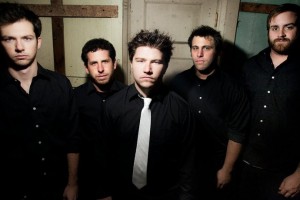 by Brittany Strummer Paper and Plastick Tours 10 years ago

Protagonist and Go Rydell have released the dates for their upcoming tour. The two groups will be heading out on the east coast for ten days starting in early June. The tour has been titled 'The Sequel' since the two also toured together last year.

Protagonist will be touring in support of their latest EP, States while Go Rydell will be supporting their latest split with Grey Area.