Jello Biafra and the Guantanamo School of Medicine: “SHOCK-U-PY! ” 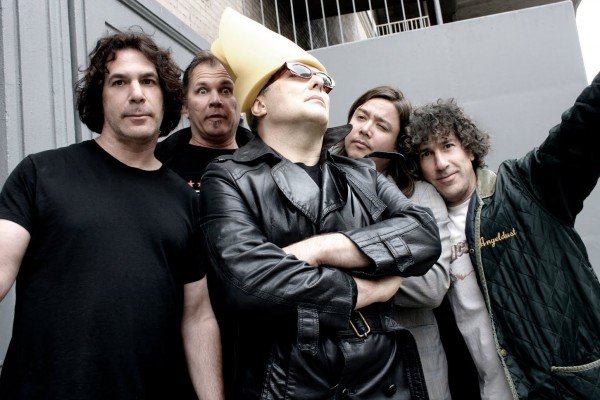 Jello Biafra and the Guantanamo School of Medicine have released the first single from their next album; the track, "SHOCK-U-PY!," is inspired by the "occupy" movement and will also appear on a forthcoming EP of the same name and their next full length, White People and the Damage Done. It's the first new material from the band since 2011's Enhanced Methods of Questioning in 2011.

The pay-what-you-want digital download includes two versions - an acoustic sing-a-long mix and a heavier rock-a-long mix. The upcoming EP will also include the non-album song "Barackstar O'Bummer" plus a remix of "We Occupy" a song Jello guested on with D.O.A.. Jello also posted a lengthy statement about the song, the album and the occupy movement. Here's a sample:

SHOCK-YOU-PY! is my own tribute about the Occupy movement. It's called SHOCK-YOU-PY! because I come from the side of resistance that has a soft-spot in my heart for pranks and creative sabotage of the non-violent variety. Not everyone involved will totally agree with that, but I like when protests incorporate theater.

Find the music and the rest of the statement here.