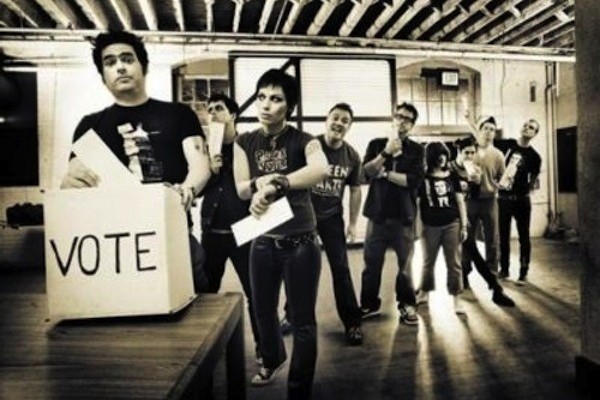 In a brief Huffington Post article, Fat Mike of NOFX explained why he is done with Punk Voter and trying to get voters engaged. Mike launched Punk Voter back in 2002 and the organization registered thousands of voters.

I did my time of civil duty in an election that was very important, which we lost, and because of that the world is a worse place to live in, I'm not involved in anyway, except that I'm going to vote. The only reason [Bush won the 2004 election] is that the electronic voting machines in Ohio were fixed, If Obama blows this, I'll be surprised. I think this is what is going to happen: either Obama wins by a lot, or Romney cheats so bad that he steals the election. In that case, what am I going to do?

If you feel like reminiscening, you can check out our coverage of Punk Voter in the archives here. NOFX released Self Entitled in 2012