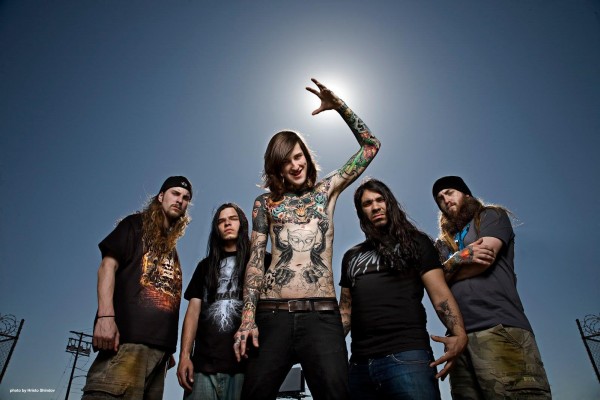 Contributed by drummerx, Posted by John Flynn Century Media In Memoriam 10 years ago

Word has come in that Mitch Lucker, singer for California metal act Suicide Silence, has died after being involved in a motorcycle crash last night. Lucker was 28 years old. Our deepest condolences go out to Mitch's family and friends.

Lucker helped form Suicide Silence a decade ago in his hometown of Riverside, CA. The band's third album, The Black Crown, was released in 2011. The band has yet to release a statement.

UPDATE: Here is the statement from the band:

There's no easy way to say this. Mitch passed away earlier this morning from injuries sustained during a motorcycle accident. This is completely devastating to all of us and we offer our deepest condolences to his family. He will be forever in our hearts.

And the band also posted on their Facebook page:

ATTN: There will be a candlelight vigil held for Mitch tonight at 8pm in Huntington Beach at Main St. & 12th. This is open to anyone who would like to stop by and pay their respects.