Contributed by IllaZilla, Posted by Aubin Paul Swami 10 years ago

San Diego's Night Marchers have detailed their second album, Allez Allez. It was first announced in late September but looks like it will not be out till January 22, 2013.

The band includes current and former members of Rocket from the Crypt, Hot Snakes, CPC Gangbangs, and Beehive and the Barracudas and they previously released See You in Magic in 2008. 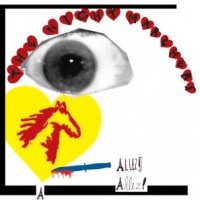