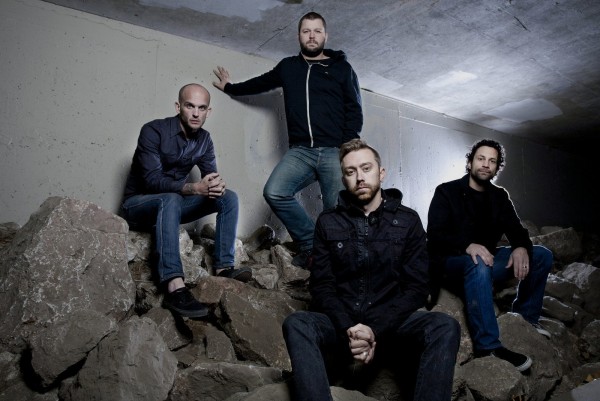 Rise Against will be taking a break from touring and plans to begin work on their next album after "recharging" a bit. Vocalist Tim McIlrath spoke to Rolling Stone about their plans, which come off a two year stretch of touring in support of Endgame in 2011. He said this:

We're kind of focusing on recharging our batteries right now. We've been a band for 12 years. We've been hitting it hard and looking at this band like a marathon, not a sprint. We realize we need to invest time into our music and our songs, as well as invest time into ourselves, our lives, so I think for the next few months that's what we'll be doing - getting away from it so we get a better perspective on what we want to do and what we want to accomplish when we sit down to write the next record.

Our favorite bands had only sold 10,000 records while playing punk dives, and that was what we aspired to. So when we outgrew the punk dives we were kind of in uncharted territory, So we had to figure out how to navigate those waters and still keep our identity.

As of right now, the band's sole confirmed performance for 2013 is an appearance at Belgium's Groezrock Festival in April alongside Bad Religion, AC4, Grade and many others.

Tours: Motörhead announce their own headphones