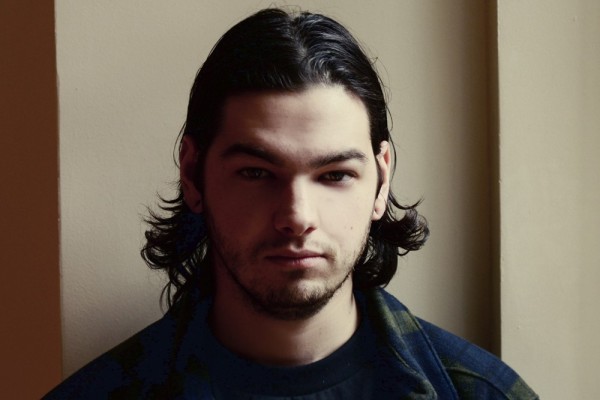 Contributed by laila, Posted by Kira Wisniewski Run For Cover Interviews 9 years ago

Daylight's debut LP Jar leaves little to be yearned for. The band, whose sound is reminiscent of '90s grunge and punk, have been busy heavily touring behind the record in recent months. The official release date of the album was April 30 and their next show is a release party in their thought-to-be hometown of Doylestown, PA. Punknews staff writer Laila Hanson spoke to singer/guitarist Taylor Madison about the album, their work with longtime friend and producer Will Yip, and how they've progressed their sound from their many early EPs (five total) to this rich full-length.

Jar has now officially dropped. How has the reaction been on the road?

Itâs been pretty good. It seems like people like it for the most part. Itâs good to work real hard on something, [and] itâs nice to see people liking it.

Is there a meaning or story behind the title?

Basically last fall, my stepfather passed away, and a lot of this record is about that, and about how my family has dealt with it for the past year. My life for the past year is what most of the songs are about. My stepfather was cremated, and jar refers to his ashes being in a jar, and how things [have been] since then. The song, "Life in a Jar" is about that and since the whole record revolves around that, we decided to call it Jar.

Thatâs really endearing that youâre willing to share all that. Were those your original plans for the record from the beginning when you went out to write this full-length, or did things kind of take over once that happened to your stepdad?

I feel like writing the record was at least somewhat therapeutic.

Concerned with the style of your music, do you think youâve had a natural progression from your EPs to this full-length? How would you compare your sound now compared to your first EP?

Our first EP was definitely a lot different. The easiest way to explain it is, when we started the band, we found…I had never sang in a band, Jake had never sang in a band, basically we couldnât find anyone to sing for the band, so we decided to try to do it ourselves. Weâre not singers. We just kind of did it because we had no other choice. I definitely didnât know how to sing. I feel like Iâve gotten better at it, but like I said, Iâm not a singer. So we wrote all these songs, we recorded them. Our first record was our demo, technically. [People] donât understand why we donât want to play those songs, but those were the first songs we wrote, and I just donât think theyâre all that good. We just wanted to put some songs out. Things progressed, I feel like things naturally progressed to where they are now. Itâs not like we were like, "Okay, letâs not sound like that anymore, letâs sound like this." We always just write songs. I like when bands do that. I hate when bands just put out the same fucking record.

I was looking at some of your pre-orders for the record and I noticed that one of them included a companion book for Jar. Whatâs in that book, and how did you decide what to include?

The book was something that we decided to do as a visual aid to the record. Thereâs a lot of pictures of us. Thereâs a few pictures of us recording, not too many. Thereâs a few pictures of us playing live, a few friends of ours have taken pictures. All of the lyrics are in the book and on each page that there are lyrics for songs, thereâs a picture that sort of coincides with the song itself. Itâs more like a visual aid; itâs not like, "Track 1, 'Sponge,' and thereâs just a sponge, itâs more in depth than that. Weâre very visual people, itâs just a cool thing that we put together.

How did you hook up with [producer] Will Yip? Youâve been working with him for a while and I noticed that he also did some additional drumming on the record.

Weâve known Will for awhile, heâd been our friend for before we contacted him on a working basis. All last year when we were writing, we would go into the studio with Will and we would demo songs for the record. He recorded all the demos, so we had basically recorded the record twice. We would write three or four songs and we would go in there for two days and record those songs. He just wanted to do it because he was our friend, he was like, "Yeah, if you guys want to come in, we can get some good sounding demos, we can get food, hang out, whatever." We did that with him, and that was before we even decided we wanted to do the record with him. And then we were like, "Yo, these demos sound so good, working with Will is so easy, itâs so laid back." Weâre friends with him; itâs not like some guy we donât really know, telling us how our stuff should sound. Itâs very casual, so we were like, "We gotta do [our] record with Will, it just doesnât make sense to do it with anyone else." So we asked him if he had time, and he was like, "Yeah I have time; I was hoping you guys would want to do it here, I have faith in the songs, and the record as a whole, I think we can make it sound really good." So we set it up and recorded it in December.

Willâs always been a drummer, we always knew that. But he was like "Yeah, I had some ideas for some additional percussion stuff," and we were like, "Yeah! You can do it if you want." Thatâs like his thing, he likes to do additional tiny things on each record he does, just so he can leave his print on there, I guess. I enjoy working with Will all the time.

I was checking out your Facebook and I noticed you cancelled a show [in Philly] because it was 21+. I was wondering what your experience has been with that, being a band and even being a teenager when you werenât able to go to shows, and kind of why itâs a principle for you guys.

I really hate being like, "Weâre not playing this show." It wasnât even like that. We asked a bunch of times ahead of time, we asked our booking agent, we asked the other band on the tour. Weâre from Philadelphia, we knew where the show was. We were like, "Thatâs a bar." And we donât typically play shows like that, so it was already kind of weird. [We asked them] "Are you sure that showâs not 21+?" and they were like, "Yeah," and we were like "Okay!" So we get there, and our bass player, Joe asked the [manager], "Hey, just curious, Iâve been told a bunch of times that this show is all ages, is that the case?" and he was like "No, this showâs 21+, I canât have underage kids here." We got told that the show was all ages. So Joe came, and we had a conversation. At that point, all of our equipment was loaded in, we had to make a decision. I really donât like playing 21+ shows because I feel like itâs just not us. We donât cater to adults that are going out drinking, stuff like that. Thatâs usually what 21+ shows are, like a bar show. I just feel like you shouldnât HAVE to be a certain age to enjoy a band that you want to see. Only one person in our band drinks, so we donât give a shit about that. Iâd rather there be no alcohol allowed at all than it be 21+. So we were like, "Okay, this is going to be awkward, but letâs not play the show. We say this all the time, so nowâs our chance to say, 'Yo, we say we donât support this shit so…'" We werenât really trying to make a big statement, we were just kind of like, "Weâre not really down with that, we were told otherwise, so weâre gonna go." [They] werenât really happy about it, but they didnât throw us out. They just took our name off the sign out front, and we loaded our stuff in our van, and we left.

It was great for you to stick to your principles.

Yeah. A lot of people on the internet, they didnât get it, and things were said. But the people who look at it like a negative thing are just…One - theyâre over 21, and two - they donât understand it. They probably wonât ever understand it because theyâre the people who attend 21+ shows. But whatever, if those people donât like our band anymore, thatâs no skin off my back.

In the past decade or so, it seems like there are a lot of bands coming out of Doylestown, PA. I was just wondering if you think thereâs a development of a trend of a certain type of music there, or if you think itâs a random coincidence, or if itâs a PA thing in general?

I feel like there used to be a lot of really, really good shows in Doylestown. None of us live in Doylestown; our old drummer did, and thatâs why everyone thinks weâre from Doylestown. We all live within like, 15 minutes of Doylestown. That used to be the central hub of the shows that happened in the suburbs, like outside Philadelphia. Maybe five to six years ago, a lot of shows that would [normally] happen in the city would happen in Doylestown because the scene was so strong for awhile. [But then] typical stuff happened, like people would go to college and move to the city. And now, so many people moved to the city, so not that many people lived in the suburbs, so not that many shows in Doylestown really happened [anymore]. I donât really know if thereâs any correlation between the "scene" in Doylestown or whatever. Weâre really good friends with Balance and Composure, I know a couple guys in Circa Survive. I guess we just got lucky and there are cool bands in our area.

Videos: Pierce The Veil: "Bulls in the Bronx"