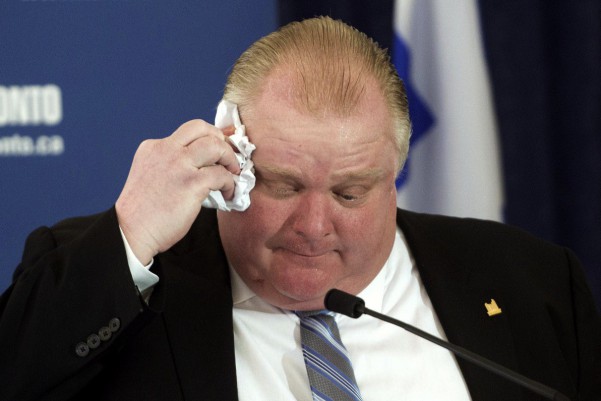 Via an Anonymous Source, Posted by Aubin Paul Politics Videos 9 years ago

Canadian political figure and author, Warren Kinsella has posted a new video from his punk band, SFH (Shit From Hell) called "Mayor on Crack." The song refers to the now infamous Toronto mayor, Rob Ford, who has been accused of smoking crack with drug dealers on camera. While he was never terribly popular among Toronto residents for his conviction for conflict of interest, condescending racism or his hatred for public transportation, the crack accusations have had the most international resonance. Even The Daily Show with Jon Stewart did a segment on the issue. (Also, my friend Brad really, really hates him.)

In any case, we're including SFH's video below as well as the Daily Show segment in case you want some background information.

(Ironically, this video won't work in Canada but you can see it here instead.)

Music: Lemuria: 'The Distance Is So Big'