Kid Dynamite (for good, this time) 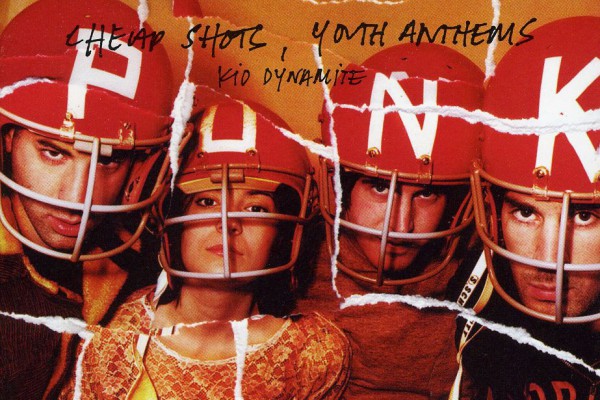 Kid Dynamite have announced that they'll be breaking up after an in-the-works overseas tour next year; this means that their upcoming shows at This Is Hardcore 2013 in Philadelphia and House of Vans in Brooklyn will be their final U.S. shows. The band have released a lengthy farewell statement that can be read below.

It was 2010 when we were first invited to play This Is Hardcore in Philly. It was our first show in nearly 5 years, since playing CBs. Weâve always gotten offers to reunite for a show or two, but nothing ever really panned out. It seemed like all of us were interested in possibly hitting the stage a few more times. Why not? Right?

Over the past 3 years weâve had the pleasure of playing some pretty exciting shows; a warm welcome in California, a magically dusty weekend in Austin, a unexpected romp in Gainesville, a beautifully nostalgic show at the Church in Philly and most recently our first trip to Europe. We played with great bands and felt a great deal of love and energy. But what next?

Weâve seen many bands reunite over the past few years and surely every one of them asks themselves the question "What are we doing?" Do we move forward and progress with new material, keep playing in the cyclical manor til we wear out our welcome or do we take a final bow?

In less than a month we will be playing two of our biggest headlining shows ever; This Is Hardcore in Philly and House of Vans in Brooklyn. Things canât get any more exciting for us. It seems like an appropriate time to announce these as our final U.S. shows. We say U.S. shows because weâve been working on one more trip over seas for some time now. If it happens it will be in 2014.

We are fortunate enough to be able to rewrite the ending of our story. Our first farewell in the year 2000 was mired in confusion, sadness and anger. This time around we get to ride off into the sunset with nothing but love and pride for this band whoâs music has somehow, with the help everyone around us, resonated through the past 16 years.

Weâd like to thank all of the people who have kept this band alive; those of you who have shared our music with your friends and covered our songs. Thank you to all of you who have come out to our shows to sweat with us, smile with us and ultimately scream with us, reminding us that this band is and always will be our "Fuck You!"

Tours: The Front Bottoms / The World is a Beautiful Place (Canada)