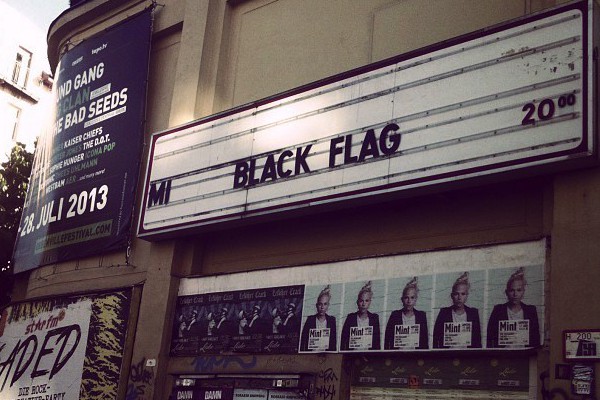 Contributed by alex101, Posted by Aubin Paul SST 8 years ago

Greg Ginn, via the official website for Black Flag has made a statement which aims to clarify why he is suing his former bandmates, including those who formed FLAG:

The dispute is not motivated by an effort to stop anyone from covering [the] songs. Quite to the contrary. this dispute began when Henry Garfield and Keith Morris made an effort to hijack the name -- and the logo -- for their own use.

In September 2012, [they] filed fraudulent trademark applications in which they are claiming to own the name and the logo. Had we not taken action, this pair could have snuck these false applications through the Trademark Office, enabling them to stop Black Flag from playing and gaining exclusive use of the name and logo for themselves. We are also trying to stop Morris and the others in his band from using the name and the logo in a misleading way, and from selling bootleg items.

Our own John Gentile provided a more detailed explanation of the legal issues, but many sites continue to report that Ginn is preventing bands from performing the songs while the dispute is clearly not about that.

As a counterpoint, you can click Read More for just some of the many, many Black Flag logos out there, many of which are being sold.