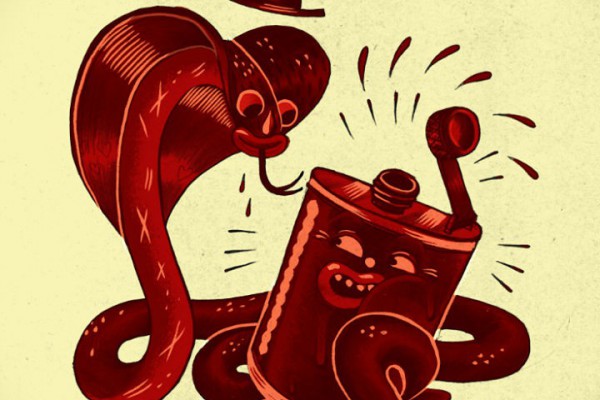 Cobra Skulls and Larry and His Flask will be releasing a split 7-inch November 12, 2013 via Asian Man Records. The 7-inch will feature a new song from both acts; "Love for the Wicked" from Larry and HIs Flask and "Relief" from Cobra Skulls. Those attending the Fest in Gainesville, FL this year will be able to purchase an advanced copy.

Cobra Skulls last released the Eagle Eyes [7-inch] in 2012 and will be playing a short run of dates in October leading up to the Fest.

Larry and His Flask released By the Lamplight earlier this year.

Music: Perma (Say Anything, Eisley) announce 'Two of a Crime'

Music: Frank Turner: "Who's Got a Match?" (Biffy Clyro)