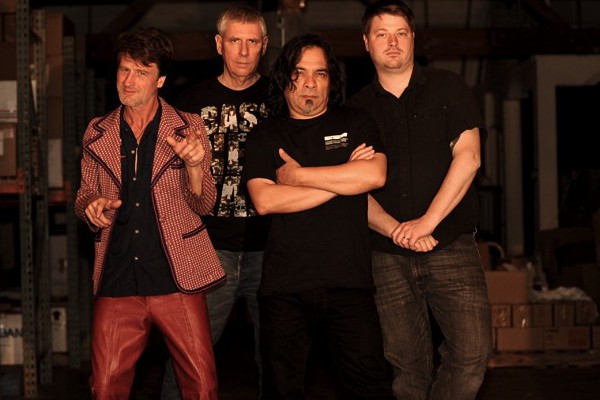 Although it appears its official release date has been pushed back to December 3, 2013, Black Flag's first album in 28 years What The… has made its way onto streaming services. You can click below to hear it via Rdio or Spotify.

What The… is Black Flag's first new album since 1985's In My Head , and also the first full-length to feature Jealous Again-era frontman Ron Reyes on vocals. Also of note is that Reyes designed the album's polarizing cover art.

Music: The Killers: "Just Another Girl"