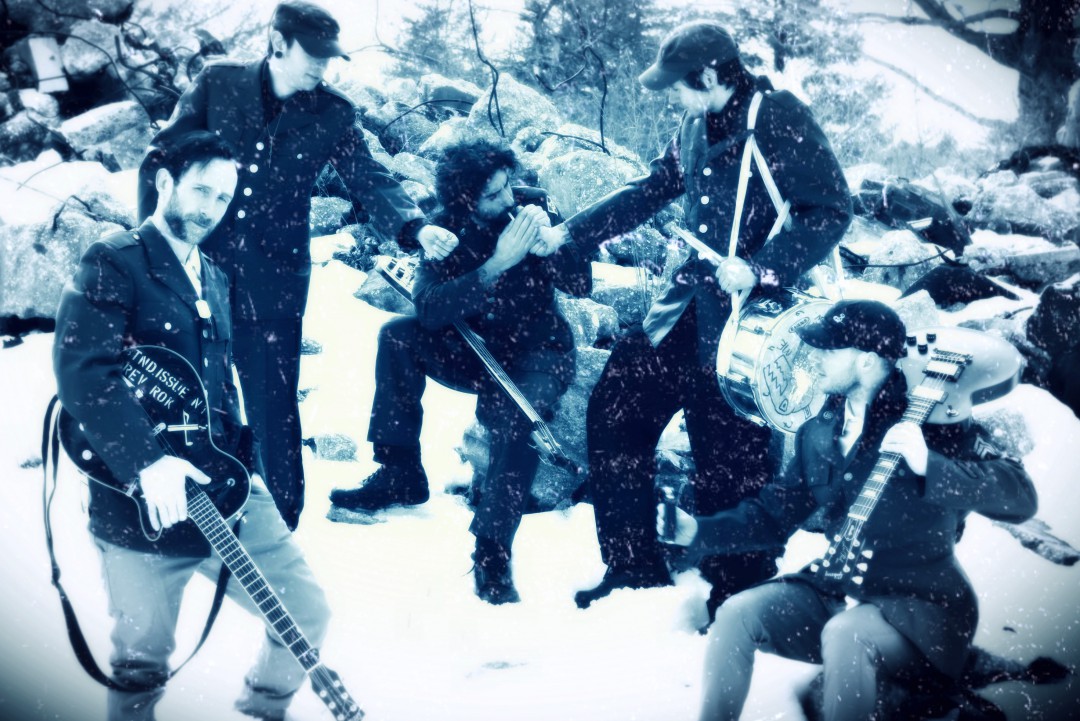 Morning Glory has announced a release date and cover art for their new album, War Psalms. The album will be released via Fat Wreck Chords and is out on February 18, 2014. The band released a 7-inch called Born to December [7-inch] earlier this year, as well as a recent split with Off With Their Heads. Punknews spoke with Ezra Kire this June. Check that out here.

We took the summer off to record this record. We were driving Jesse [Cannon] nuts by camping out in his studio. I was up to writing at all hours of the night, taking brief naps under the piano. In the end we had 27 tracks from which to assemble this album. People who like earlier Morning Glory are definitely gonna like it. Itâs faster, heavier, and more raw & stripped down than Poets Were My Heroes, but retains that anthemic Morning Glory message. Brian Viglione (Dresden Dolls, Violent Femmes) added massive strength to the entire record with his powerhouse drumming style. Music is a forward moving journey & I canât wait for it to be released. Everyone whoâs heard it agrees that this record rocks.