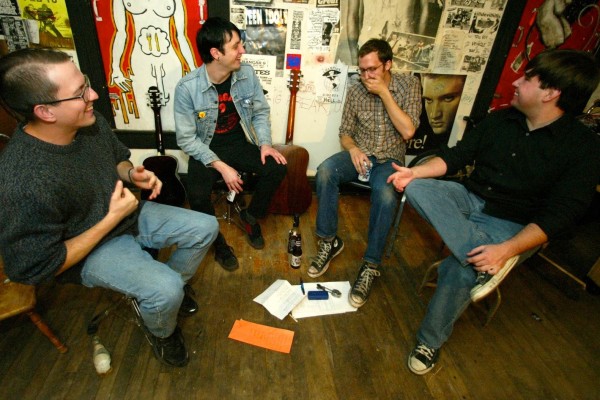 The Copyrights have posted an update on their next full length. The band began recording with producer Mike Kennerty (of All-American Rejects) and drummer Luke McNeill provided an update:

We tracked 16 songs on drums, prolly gonna whittle that down to 12-14 for the LP. [Mike is] more enthusiastic about the record than [even] we are I think, and he has a ton of great ideas. I've always wanted to work with a producer that throws a ton of ideas out there about leads, drum fills, song length, etc., just to get an outside opinion and perspective, and it's even better that a lot of his ideas are great.