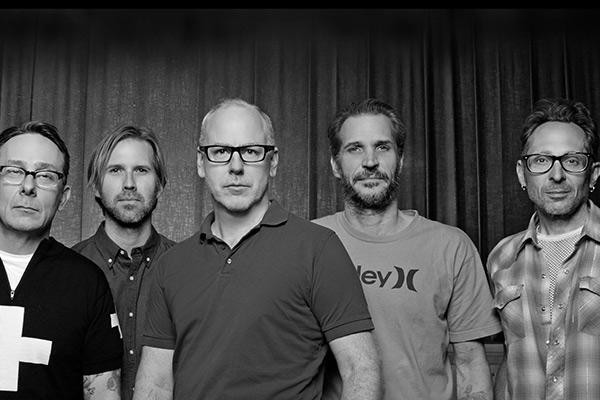 More than nine months since the absence of Greg Hetson from Bad Religion was talked about, the band has unveiled their new guitarist - Mike Dimkich of The Cult. The change was revealed when The Download Festival posted a photo of the band's touring lineup here with Hetson conspicuously absent. Later, Dimkich confirmed that it was him by tweeting about it.

The image also doesn't include founding guitarist Brett Gurewitz, but while he doesn't tour with the band due to responsibilities at Epitaph Records, he remains a member.