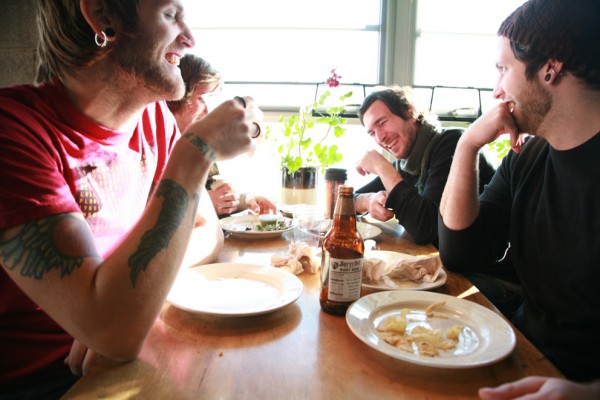 Contributed by aubin, Posted by Kira Wisniewski No Sleep Music 6 years ago

The Felix Culpa has reunited and announced plans to release a split record with labelmates Foreign Tongues via No Sleep Records on August 12th. The four-track record will be available digitally and on limited edition 12-inch vinyl and is available for pre-order now here. The first track from the release, "Karma City," can be heard below.