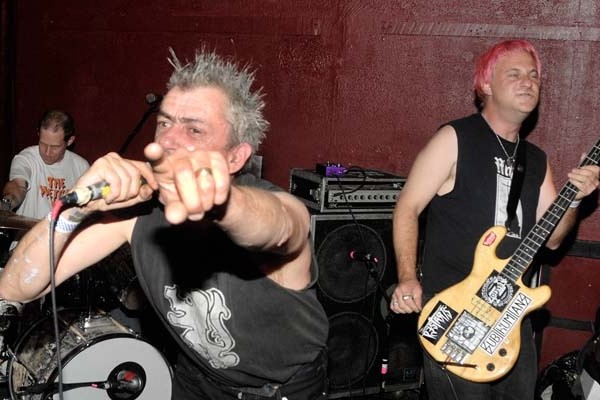 Kicker, the band featuring punk rock champion Pete the Roadie, as well as Toby of Filth, Mauz of Dystopia and Dave Ed of Neurosis, have announced a fall tour. The tour starts in September and will be accompanied by a split single with Submachine out via Inimical Records.

On the single, Kicker debuts a new song called "Shit at Kicker" as well as a The Partisans cover, "17 Years of Hell." You can check out pre-orders here.

A few tour dates are with oi heroes Hard Skin.