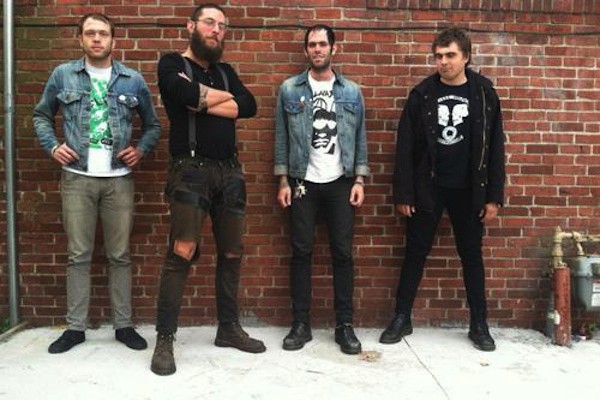 Modern anarcho-rockers No Sir, I Won't are streaming their new EP, The Whole Fucking World is Shit. In true Flux of Pink Indians/Antisect style, the entire release is being streamed as two unbroken tracks (one for side A, one for side B -- though, they also have released each individual track as well).

The physical version is out October 24 via Drunken Sailor Records. The band released The Door [EP] in 2013. .