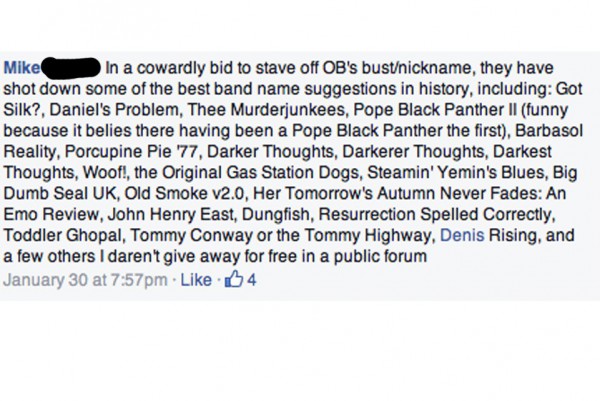 Last night in Philadelphia, Rachel Rubino (Bridge and Tunnel), Dan Yemin (Paint It Black, Kid Dynamite, Lifetime, Armalite), Andy Nelson (Ceremony, Paint It Black, Dark Blue), and Chris Wilson (Ted Leo), debuted their new band. The band played about six songs which were rooted in hardcore with some Fugazi and post-punk influences. Rubino is on vocals, Yemin is in guitar, Nelson is on bass, and Wilson is on drums. Although the band does not yet have a name, according to Yemin, the group has already recorded material and plans to release it. We'll let you know when more information becomes available.