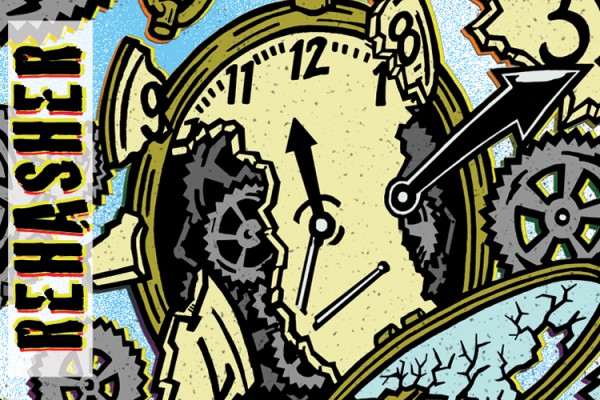 Via an Anonymous Source, Posted by Mark Little Music 7 years ago

Rehasher, (Roger from Less Than Jake's "other band"), has just posted it's first new material in six years. You can check out "Grudge Holder" after the jump. The song appears on Rehasher's upcoming 7-inch release, Clock Smash!, due out June 2, 2015 via Saint November. It can be pre-ordered here.

Rehasher's last studio album, High Speed Access to My Brain, was released in 2009.