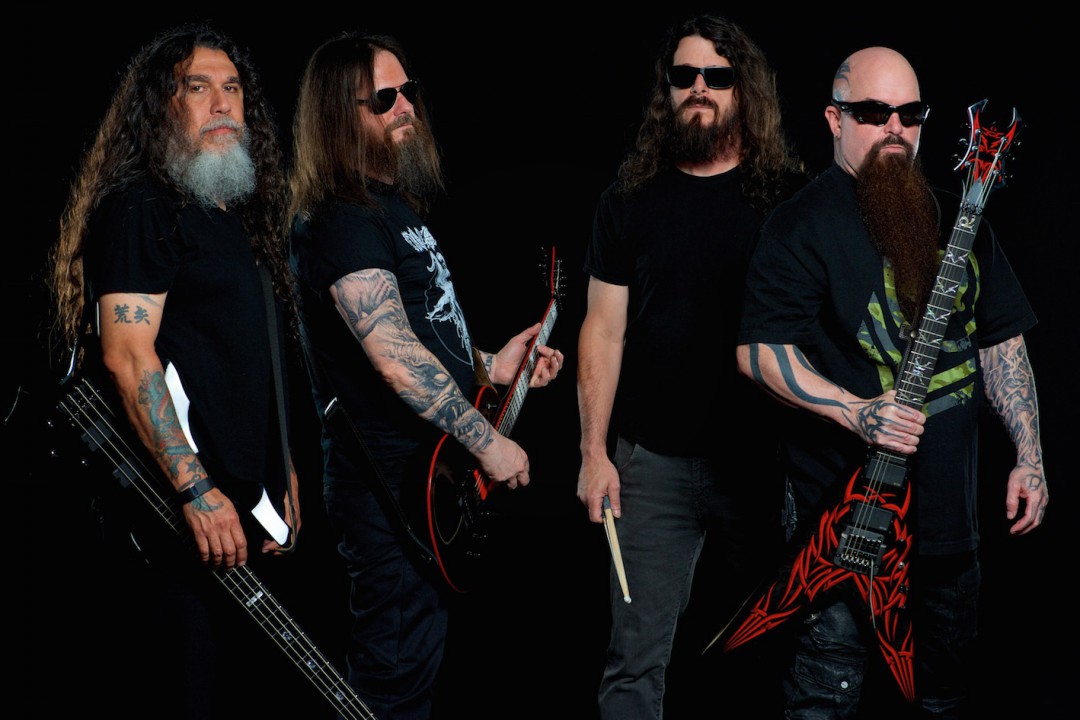 Slayer has released an official visualizer video for the track "Repentless." The song is the title track from their new record, Repentless, which is due out September 11, 2015 on Nuclear Blast. The group last released World Painted Blood in 2009 and are currently co-headlining the Rockstar Mayhem Fest with King Diamond. You can see the video below.

Videos: Choke Up: "Woke Up Drunk"