14 Under the Radar bands playing Fest 14 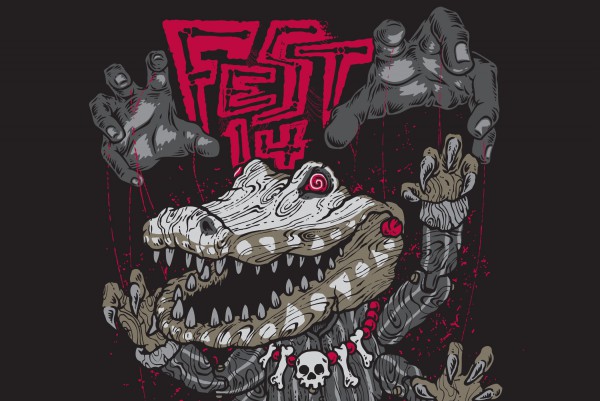 There are literally 400 bands playing Fest this year. Yes, you read that right. No one can keep up with that many jams. With that many bands, the big names, the heavy hitters, the shining stars tend to get most of the spotlight.

So, to make sure that you don't miss out on some of the great up-and-comers, the Punknews writers put together a list of 14 under the radar bands to check out at Fest 14. See the list below, and by all means, add your top picks in the comment section. 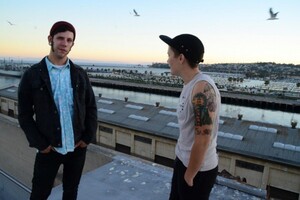 Ed's update: it looks like this band recently broke up and wont be playing Fest! All the more reason to see the other bands on the bill- they might not last long!!! Sweetly cooed lyrics about heartbreak and hard times are nothing new, but when they're paired with addictive ear worm hooks, they're pretty difficult to ignore. Benny the Jet Rodriguez are fresh off an unfairly overlooked split 7-inch with Martha and not so fresh off their excellent 2013 album Home. Run. They'll be at The Fest bringing some catchy, sun-dappled San Pedro sheen to the proceedings. Given the fact that Toys That Kill and Underground Railroad to Candyland will also be playing The Fest, I can only assume Recess Records main man Todd Congelliere will be on hand to slam down some warm keyboard lines with the band. -Keenan Novi 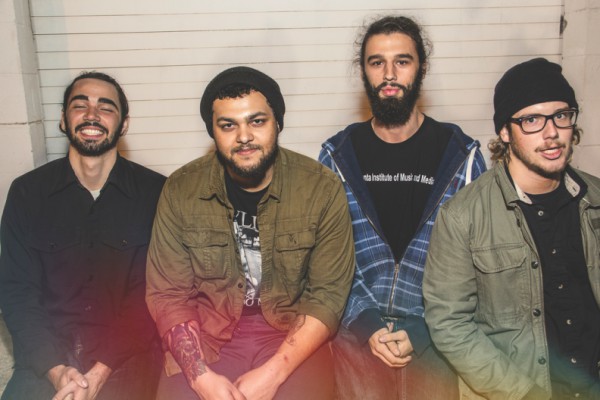 In terms of indie/emo, Blis. is one of those bands who could find themselves up there alongside The Hotelier, Foxing and The World is a Beautiful Place etc. They embed a lot of similar tropes into their music -- sad, twangy, finger-picking stories of depressions and overall, sadness in life. But their style's very upbeat with subtle elements of invention to it that prevent them from being pigeonholed in that "typical emo band" category. If American Football and Pedro The Lion came together and added the flair of Evan Weiss, you'd get this. It's much more driven and fast-tempo than the slow drawls you've seen from their peers. -Renaldo Matadeen 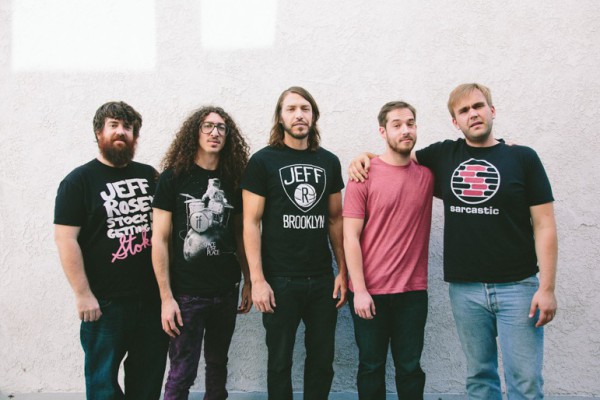 Chotto Ghetto will Kick. Your. ASS. This is what modern hardcore should be: gnarled, twisted, mean-as-hell riffs; Unexpected '80s sax solos; donkeys screaming for no reason; earnest covers of Sam Cooke. Chotto Ghetto are as experimental as they are vicious, but despite it all, there's a certain appreciation for Damaged, Age of Quarrel and Out of Step. But, instead of sheer imitation, this band takes that crazed rage and pretends that they are Frank Zappa. Nice. -John Gentile

Devon Kay and the Solutions 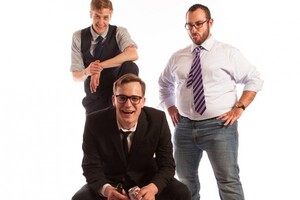 Direct Hit is a band that is most definitely ON the radar for most punk fans. Direct Hit guitarist Devon Kay's band, Devon Kay and the Solutions, isn't. That's a shame, because Devon Kay produces some of the catchiest and funniest pop-punk around. 2013's Losing It was one of that year's most underappreciated albums, a surprisingly hilarious, loosely conceptual album following the narrative of Devon losing his mind, freaking out about existence, suffering panic attacks and finally, in the closing track, killing himself with poison. The dark humor's all done over bright and catchy pop punk, and there are plenty of goofy one-liners to make the album a ton of fun. Devon has brought a lot to Direct Hit since joining the band. He's got a lot more to offer outside of them, too. -Alex Meylink 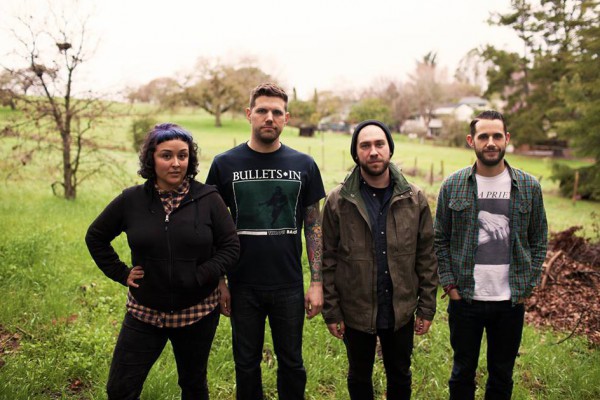 When Comadre called it quits, I'm sure it hurt. Then came something to ease the pain in the form of Everybody Row. They've got a similar dynamism in terms of post-hardcore/screamo to Comadre but believe it or not, add much more elements of risk and experimentation to their sound. I know that's hard to believe but Everybody Row has just as big an infectious energy and yep, the aggressive nature of their sound stands quite tall compared to other acts in the genre. They remind me of Life In Vacuum who seemed set to take Comadre's mantle up but as Everybody Row continue to crank music out, let's just say it'll be quite a tussle to claim that title. -Renaldo Matadeen 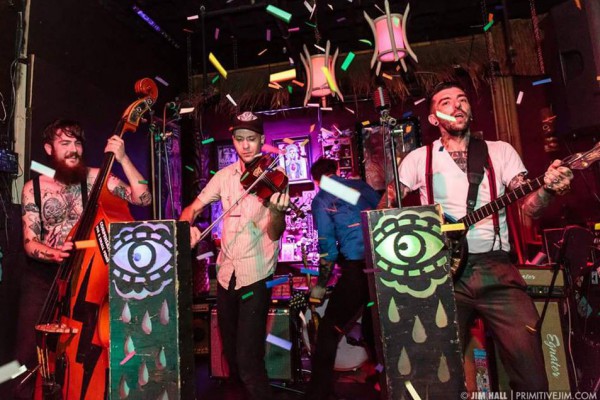 Taking advantage of their first-ever appearance and "playing a bunch" at Fest this year, Lake Worth , Florida's Everymen are sure to make an impact on the gathered masses. Forged in acoustic instruments, the folk-punkers are reminiscent of a nascent Against Me! or Andrew Jackson Jihad, substituting violin for guitar solos. The band's live shows are frenetic, high-energy affairs that leave the audience drenched in sweat, hoarse from singing along and exhausted from the inevitable pool noodle fight that breaks out. The band continues to play behind their 2014 effort, Generations (check out the title track and "Masquerade"), having made an east coast trip with World/Inferno Friendship Society earlier this year, then trekking across the country to the west coast for the first time. Check out Everymen at Fest this year, and get converted. -Mark Little 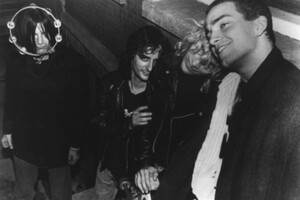 Every year there's at least one band at Fest that makes me wish I was spending Halloween in the land of sunshine. This year that band is Government Issue. GI was one of the most prolific and creative bands in the '80s DC scene. Unfortunately, they were also one of the most overlooked and underrated. Charismatic singer and sole constant member John Stabb still leads GI, and this will be their first Fest appearance. While wallowing in 1990s nostalgia, don't miss your opportunity to catch one of punk rock's true originals. -Tom Crandle 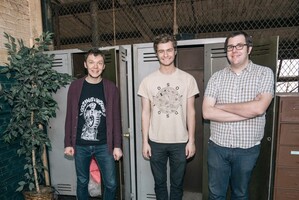 Bad news: you're going to have to name your disgusting sandwich something else because the name Meat Wave is already taken. Specifically, it's taken by three Chicago dudes who churn out concise, Wipers-influenced punk. Anybody who heard their excellent Brother EP can attest to the fact that this band can straddle the line between snotty Midwestern punk and mid-'90s noise rock without sacrificing dynamic musicianship or catchy hooks. With a new album on SideOneDummy Records and the new songs sounding very good live, Meat Wave should be making non-meat-related waves soon. -Keenan Novi 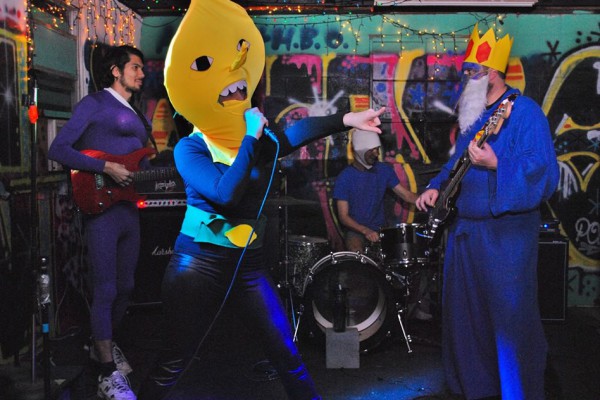 If you've been missing Punch since their demise, Night Witch just might be the cure for what ails you. That's because the Tallahassee, Florida band brings a similarly ripping vocal approach, combined with riffs that are decidedly on the punk side of hardcore punk. Night Witch doesn't shy away from addressing important topics either, so expect to learn something while moshing around your living room learning the words to their recent full-length. You better hurry though, because Fest is only a short while away. -Adam Eisenberg 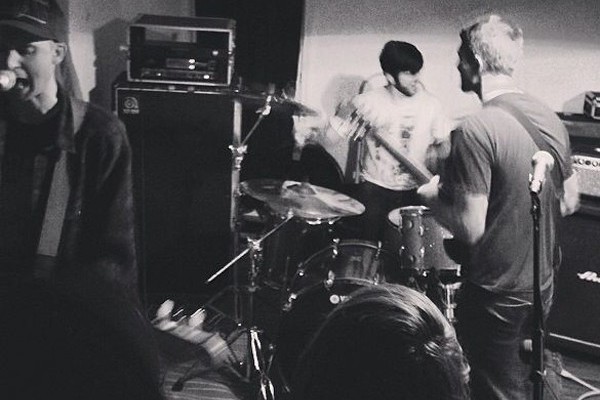 Ordinary Lives includes Jeff Cunningham from Bridge and Tunnel, along with members of Off Minor and Nimbus Terrifix. The band is very much a new endeavor, with only a two-song demo out right now, but they've already shared the stage with acts like Coliseum, Unwed and Weak Teeth. The sound is heavy in a post-hardcore sort of way, but with a healthy dose of melody peppered in, which keeps listeners on their toes. You may not be aware of this band yet, but after they appear at Fest 14, you will be.. -Adam Eisenberg 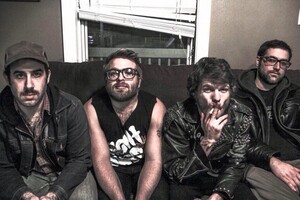 This is Pears' first time playing Fest and though I won't be attending, I think its safe to assume this will be one hell of a performance. If you have seen them live before or online you'll know that this band's live performance is insanely amazing. Zach Quinn, lead vocalist, acts like he is possessed when he is on stage and is able to belt out the lead vocals without a problem whether he is screaming or singing the melodic parts of their songs. The rest of band, Brian, Alex, and Jarret are incredible sounding when they'tr performing. What you get on stage from this band is what you get on Go To Prison plus a hell of a lot more. I can vouch for this band's live shows (and I'm sure many of you can) because I've seen them three times this year already and I will see them at least one more time before the year ends. PEARS rule as does Go To Prison. If you haven't listened to it yet shame on you! Do it now! I have a feeling their first performance at Fest 14 will be one for the books. -Ricky Frankel [Ed's note- We debated whether Pears were "Under the Radar." We figured "yes" because, well, why not?] 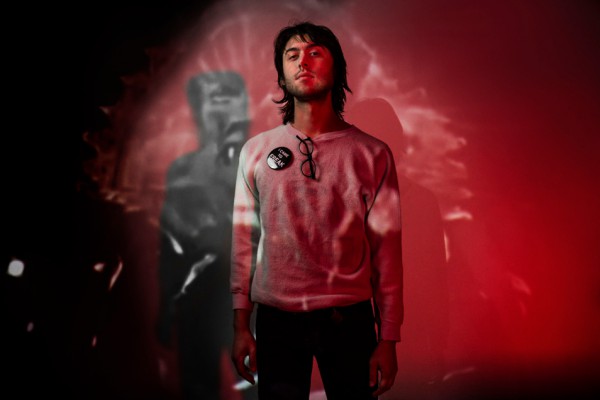 Pujol is a singer-songwriter from Nashville. Not the country or folk solo artist kind you'd imagine, but a genuine rock-n-roll weirdo. He released United States of Being in 2012, a killer record that was full of his signature grungy garage-rock pop music with a heavy dose of punk madness. He followed that up with his sophomore release, Kludge, an even weirder collection of tunes tackling modern existence that was recorded in a suicide prevention center. Heady shit, but pure punk fun. Daniel Pujol's got a nasally, harsh rock-n-roll voice that constantly rides the line between melodic and purposely irritating. I've spent the past three years trying to sell my friends on Pujol; some hate his music, some love it. Either way, his distinctive wild style is hard to ignore. -Alex Meylink 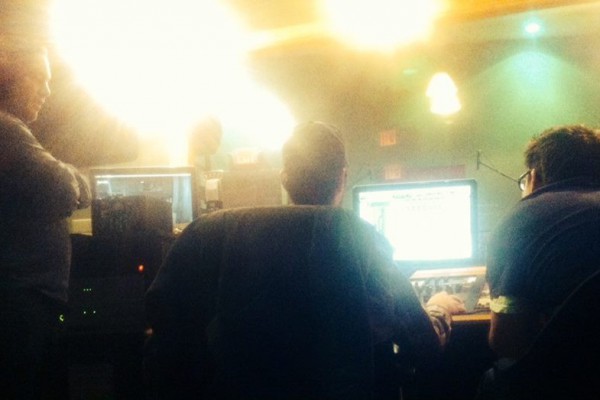 Four friends from the Hudson Valley in New York came together for fun and produced a super catchy pop-punk EP under the name Red Owls. Sean-Paul Pillsworth (Nightmares For A Week) and Justin Meyer came together beginning of this year and churned out a handful of fun songs for The Red Owls. John Collura (The Ataris) was then asked to join the writing process for their debut EP release on Paper and Plastick this fall. Their release Do You Feel Any Better? is the culmination of their creative influences and encompasses their previous backgrounds. You can be sure that it is going to be good spirited vibes and fun during their live shows. The Red Owls is making their debut at Fest this year so go check them out and show them some love. -Samantha Barrett 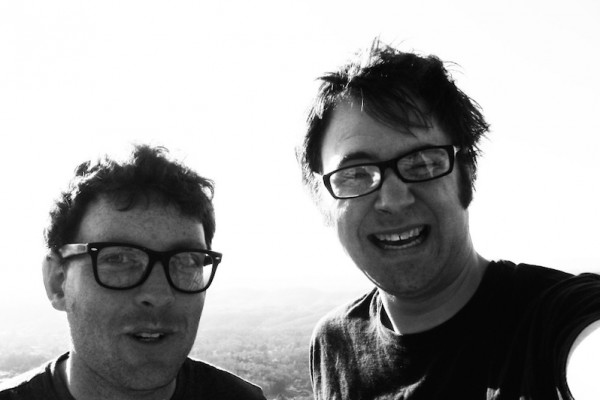 Dan Potthast of MU330 and Rick Johnson of Mustard Plug get together and just kick out bangers in Sharkanoid. Some tunes are pop-punk. Some are ska. Some are sort of Dion influenced such as the sweet and scary tale of "Michelle." Oh, and "Power Suit?" It's an abrasive, riff driven, power chord grinder. This is a band that rocks, man. Seriously. This set will be A. JAM. -John Gentile