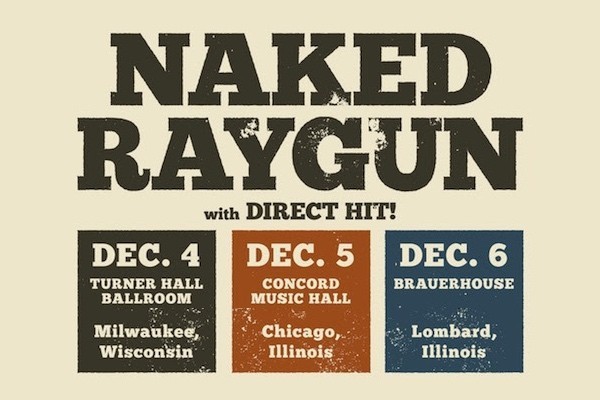 by Mark Little Tours 7 years ago

Chicago's Naked Raygun, one of the most influential bands to emerge from the Windy City, has scheduled three shows in December with Direct Hit! You can check out the dates below.

Naked Raygun promises three unique sets, while also playing new material from their upcoming record, due out in 2016. Direct Hit! had previously stated that their upcoming appearance at Fest (We're sponsors!) would be their last for the year, the band tweeted, "Just kidding," in reference to the newly announced shows. Tickets go on sale on Oct. 16 at Noon CDT and can be purchased here.

The band released a DVD chronicling the story of the band, What Poor Gods We Do Make: Story and Music Behind Naked Raygun, in 2007.