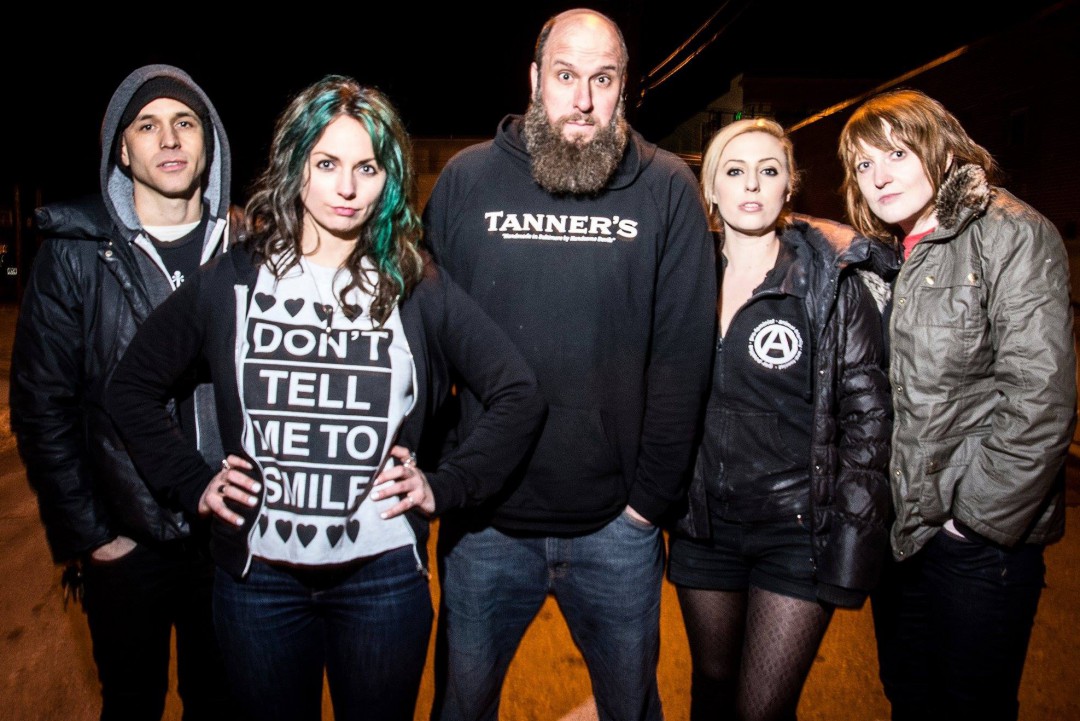 Punknews is very proud to debut the new video by War On Women.

"Say It," which is off the band's fantastic self-titled album, deals with the important topic of sexual assault. Frontwoman Shawna Potter spoke to Punknews about the video:

"For this video we wanted to highlight the work of The Monument Quilt Project, which is based in our hometown of Baltimore, as well as give local survivors of sexual assault and rape an opportunity to sing along with us, without shame or stigma.

Shooting this video was an incredibly moving experience for everyone in the band. We know that not all victims have the opportunity to speak out about their experiences, or are shamed when they do. For people who are ready to speak out, or need to, we hope this song can be a safe way to say 'I was raped' out loud. You're not alone."

The album is out now on Bridge Nine Records and you can check out the video below.