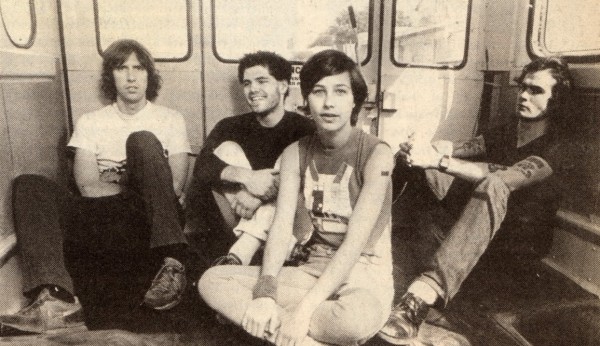 Three very rare videos of Black Flag performing in the early to mid '80s have been uploaded to YouTube by a user that goes by the name of anonym0us2112. They were uploaded in May of this year, but just now seem to be getting attention. The performances take place on May 31, 1982 at My Fatherâ€™s Place in Roslyn, New York, April 9, 1984 in Richmond, Virginia, and October 19, 1984 at Maxwellâ€™s in Hoboken, New Jersey. The band's line up in the videos seems to be Henry Rollins on vocals, Greg Ginn on guitar, Kira Roessler on bass and the drummers seem to be different in each performance. You can read more about the videos here.

You can watch the videos below.