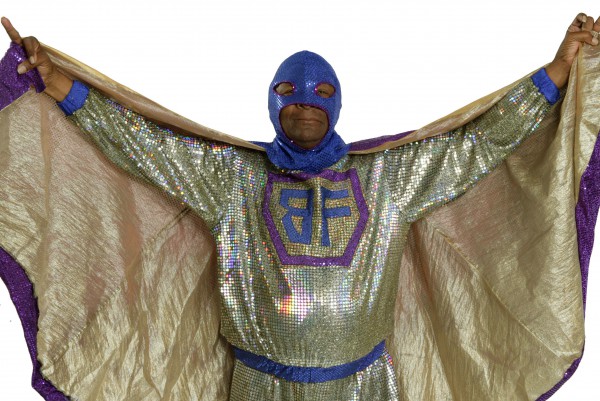 Unfortunately, Blowfly's manager and guitarist, Tom Boker, has announced that the legendary musician has terminal liver cancer and multiple organ failure. He entered hospice care on January 12. As you may know, Blowfly, also known as Clarence Reid, is responsible for dozens of famous soul and funk songs. He also recorded with several punk musicians including Jello Biafra and Tesco Vee of The Meatmen. Blowfly will release a new album, 77 Rusty Trombones, in February. See Boker's entire statement below.

Dear Blowfly and Clarence Reid fans. It is with a heavy heart that I must inform you that Clarence has Terminal Liver cancer and multiple organ failure. He entered hospice care today.

Thank you so much to everyone who saved his house in 2014 and kept his last days comfortable. As a reward for that good deed, Blowfly has gifted us a final album, entitled "77 Rusty Trombones" which comes out in February. It is easily his best album since the early 80s, and a fitting epitaph for one of the great performers of all time.

It has been an honor to reintroduce Blowfly (and Clarence) to the world via recordings, movies and the stage over the last dozen years. The last three have been particularly enjoyable, as we had a wonderful band featuring Billy Morales on guitar and Shaun Dickerson on bass who in addition to being fantastic musicians, completely understood what we were doing, and why we were doing it. Thank you for supporting our efforts.

If you would like to express your love and admiration to Blowfly, you may send cards/letters/photos/art to him via mail at:

Florida Medical Center ATTN: Patient Clarence Reid Room 355. 5000 Oakland Park Boulevard, Lauderdale Lakes, Florida 33133. Clarence has always been a visual person and photos/art would be most appreciated. Clarence also was interested in having a full list of every sample that's been done on songs he wrote and performed. If you're up for taking a run at that, you may message me here on this page.

Please know that Clarence is being made comfortable and that his sister Virginia has stood tall for him, and taken care of her brother as best as humanly possible. Please say a prayer for her and for Clarence Reid, the Maestro of the Miami Sound who loved being Blowfly - the King of the Freaks.