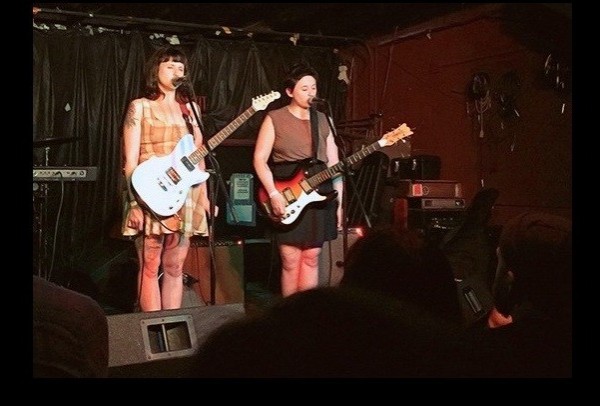 Contributed by rabbit, Posted by John Gentile 6 years ago

P.S. Eliot, the band including Katie and Allison Crutchfield (most notably of Waxahatchee and Swearin''), announced today that they would be reuniting for a short US tour in support of a compilation album. The album, a 2 CD collection totaling 50 tracks and titled 2007-2011, is made up of both of the band's albums (2009's Introverted Romance In Our Troubled Minds and 2011's Sadie), 2010's Living in Squalor EP, as well as a number of demos and home recordings, all of which have been digitally remastered for the release. Mail order copies of the compilation will come with a limited edition zine assembled by Liz Pelly of Pitchfork, which details the oral history of the band from creation to dissolution. See tour dates below.