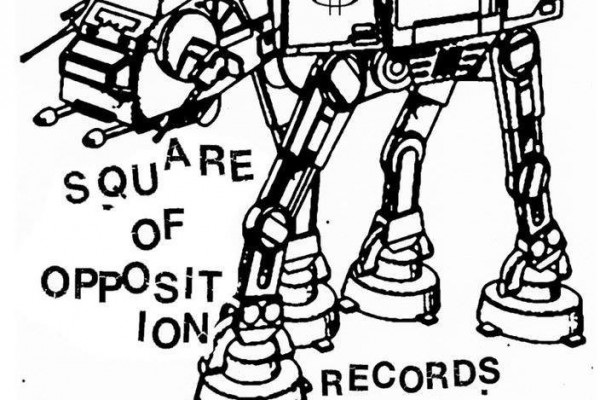 Record label Square of Opposition is throwing a music festival celebrating it's history on July 15, 16 and 17. It takes place in Allentown. The lineup has been announced, which includes bands such as Mischief Brew, Plow United, Iron Chic, Pissed Jeans, and many more.

The festival will also include custom lathes that you can order beforehand. You pick out the tracks you want on your records and they will be pressed live at the fest. There will also be mini-golf.

Chris Reject, owner of Square of Opposition, spoke to Punknews, "Double Decker Records turning 20 is a huge deal: Jamie Holmes has had an immeasurable impact on the DIY scene here, which has led to a very noticeable ripple outward as folks migrate to places like Philly or wherever. I think that's something worth throwing a party for. I don't know if Square of Opposition Records turning 15 is as impressive, but I've certainly lost a lot more money than Jamie, so it'll be nice to get consoled by hundreds of friends over a three-day span. We've lined up some really unique stuff in addition to the bands and vendors that I'm especially excited about - live lathe cutting of 7"s, a mini golf putting green, and even tattooers that'll be permanently etching souvenirs into folks' bodies. Punk is worth celebrating sometimes, you know? It's going to be a fun weekend."

See the full lineup below.

Ramones: "I don't wanna walk around with you" (Demo)

Videos: The Falcon: â€œKeep Your Hands To Yourselfâ€ (The Georgia Satellites)