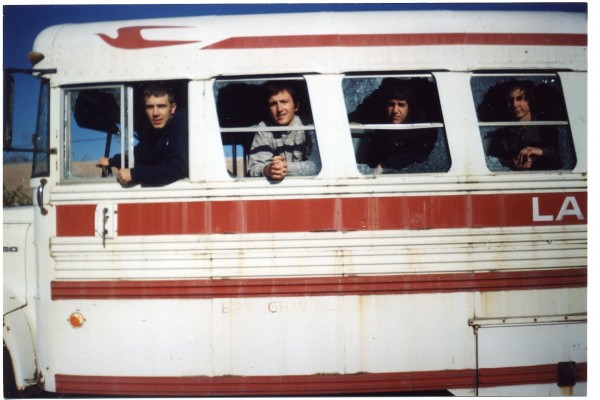 by Ricky Frankel No Idea Music 5 years ago

Punknews is excited to premiere a live version of Twelve Hour Turn's song "Wide Awake." The track will be on the band's upcoming release Live At WNYU '98, which will be out on October 30, 2016 via Rose Quarter Records and Bakery Outlet Records. This release is a recording of the band at a "Live" session for WNYU back in 1998. At the time they were on a spring tour with I Hate Myself. Digital and cassette pre-orders are available here. The cassette is strictly limited to 100 copies.

Twelve Hour Turn were originally active from 1996-2002 in the Gainesville, Florida scene. They released albums such as 1999's The Victory of Flight and 2002's Perfect Progress through No Idea Records. In 2010 they reunited and though the band is not that active they will be playing Fest 15 this year.

You can read a blurb from the band and listen to the track below.

This song was recorded live March 1998 at WNYU while on tour with I Hate Myself, who were also present. A basketball game aired instead. A studio recording of the song was originally on a split 7" with Engine Down.

Amuse: "I want to believe" (featuring the Copyrights)