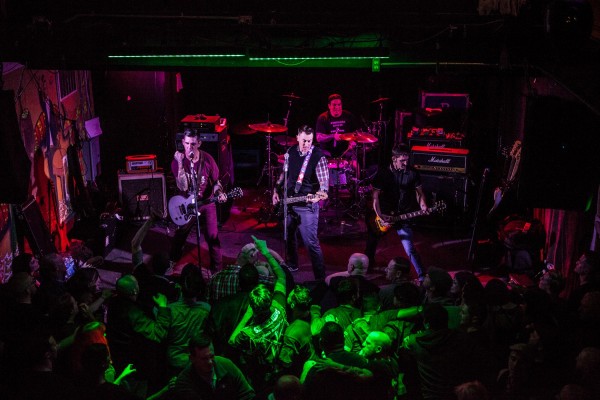 Punknews is very excited to premiere Noi!se's new album The Real Enemy in its entirety. The record will be out on October 21, 2016 via Pirates Press Records. Featured on the album are guest vocals from Gordy Carbone of The Forgotten on â€œSPD,â€ The Interrupters on â€œThe War Insideâ€ and Al Barr of Dropkick Murphys and The Bruisers on the title track. US pre-orders can be found here and European pre-orders can be found here. The band has also announced some west coast shows that are scheduled for November.

You can listen to the album and see the tour dates below.

Videos: Scarlet Pills: "Half of Everything"