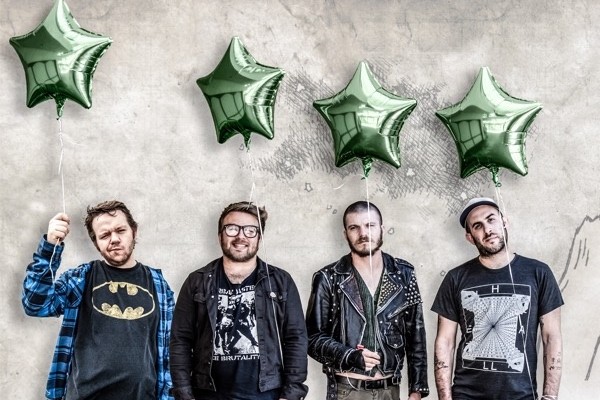 Sisters In Christ have released their 2016 Record Store Day split 7-inch featuring PEARS and Vista Blue. The 7-inch had a one-time pressing of 500 copies that you could only get from either of the bands or from the Sisters In Christ store. PEARS last released Green Star in 2016 via Fat Wreck Chords.

You can listen to the release and read what PEARS had to say about it in their Facebook post below.

Last year for Record Store Day we recorded a song for our buddies' record store, about their record store, and they put it on a 7". We never played the song live untill our last tour, and then people would ask us what it was and where they can hear it, which unless they bought the 7" there was nowhere else to hear it. BUT, Now for the first time in internet history you can hear it at the link below.There's also a cover of we did of a theme song someone else wrote for them the year before, and that theme song is also on the 7". check em out! have a good week! love y'all!