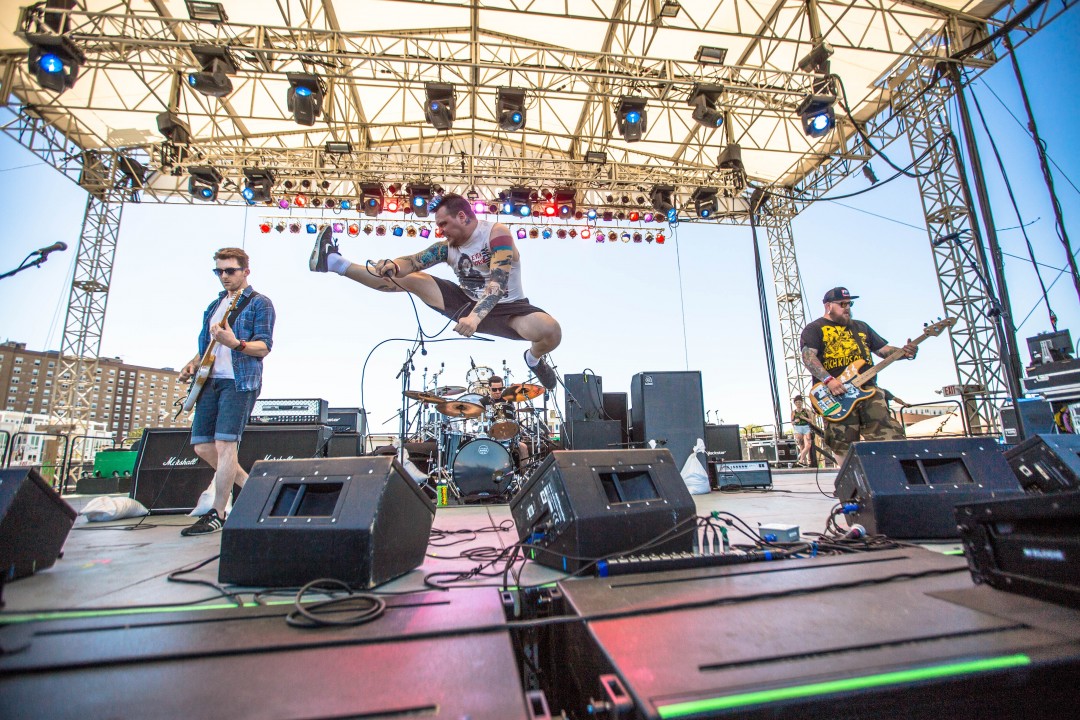 by Ricky Frankel Interviews 3 years ago

Brutal Youth are one of Canada's most notable contemporary punk bands. Their album Sanguine , which was released through Stomp Records was one of the hardest-hitting records to come out in 2016. The band just finished off some European tour dates and they are set to play Pouzza Fest, which is on May 19-21, 2017 in Montreal, Canada (psst!…We're Sponsors!). Punknews editor Ricky Frankel caught up with lead vocalist Patty O'Lantern to talk about Sanguine, Pouzza Fest, how Todd Serious and The Rebel Spell affected the Canadian punk scene, Brutal Youth's music video style, why we keep seeing his head bleed during the band's live performances and more. Listen to the interview below or on iTunes.