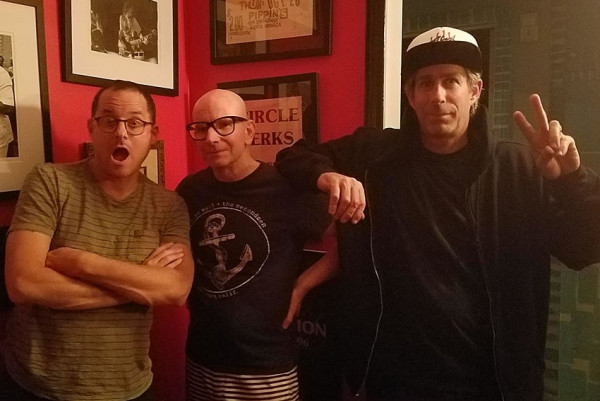 DFL aka Dead Fucking Last are currently in the recording studio working on new material. Greg Hetson is producing the sessions. Punknews spoke to DFL guitarist Monty Messex, who said, "I'm stoked to be working with Hetson cuz he's helping keep us true to DFL's hardcore roots. Plus the guy has played in some of my all time favorite bands and he's a friend from way back. Fuck, it doesn't get much better than that." We also spoke to Hetson, who stated, "It has been great working with DFL . Capturing them plugging in,turning everything up to full overblown overdrive refreshing. I believe fans will be pleased with their Old School Lo-Fi upbeat mayhem." The band hopes to release the new material soon.