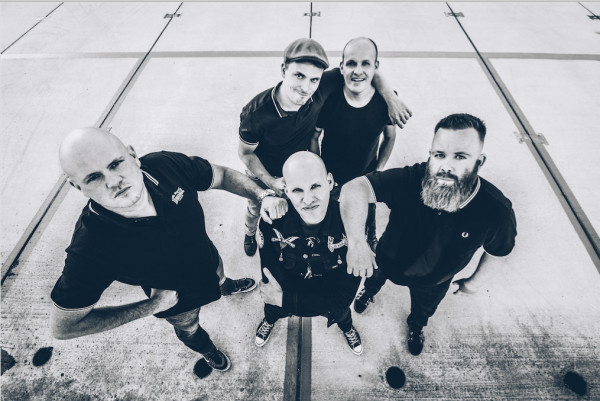 Punknews is very excited to premiere This Means War!'s lyric video for their song "Sailing Anarchy." The track will be featured on the band's upcoming self-titled EP, which will be out via Pirate's Press Records on August 28, 2017. The video was produced and directed by Chris Curtis who has done videos for bands such as Green Day and Dropkick Murphys. Preorders for the 10-inch can be found here and you can find out more about the band on their Facebook page or on their website. You can read a quote from band and watch the video below.

Nowadays a lot of so called 'punk bands' are more interested in how they look and what to wear on stage instead of climbing the barricades and trying to make a change through their music or lyrics. 'Sailing Anarchy' is an old school protest punk song like so many that were written back in the early punk years (The Clash, Sex Pistols, Cock Sparrer, Blitz, …), plus a little anarchy never hurt somebody…and it never will!

Videos: The Bare Minimum: "The Only Thing You Can Keep"

Tours: The Menzingers/PUP/Cayetana (EU and UK)