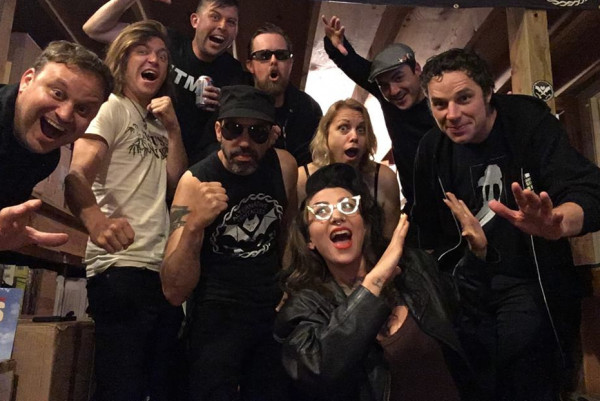 Here's some industry news for you. Two long running independent record labels have added punk veterans to their ranks. Jesse Luscious, who has been at Alternative Tentacles for 15 years, has now taken a job with Fat Wreck Chords. Jesse Luscious will be Fat's production manager. He stated, "It's been a GREAT 15 years (the past 10 as General Manager) and I've done my best to keep it in good health during such a hellacious time in the music business. I've left on good terms and left AT in good hands with Dominic, who is now the new Jesse there!" While at A.T., Luscious worked on albums by Jello Biafra, Wesley Willis, World/Inferno Friendship Society, Mischief Brew, Lard, Pansy Division, Frantix, The Dicks, and many, many more.

Meanwhile, as Luscious stated, Tsunami Bomb's Dominic Davi is the new general manager at AT. Davi has done production for the label in the past and is now at the label full time. Davi previously worked at Kung Fu records where he worked on releases by The Vandals, Circle Jerks, Tsunami Bomb, Danger Friends, and more. Davi's first release at A.T. will be the new Arnocorps album.