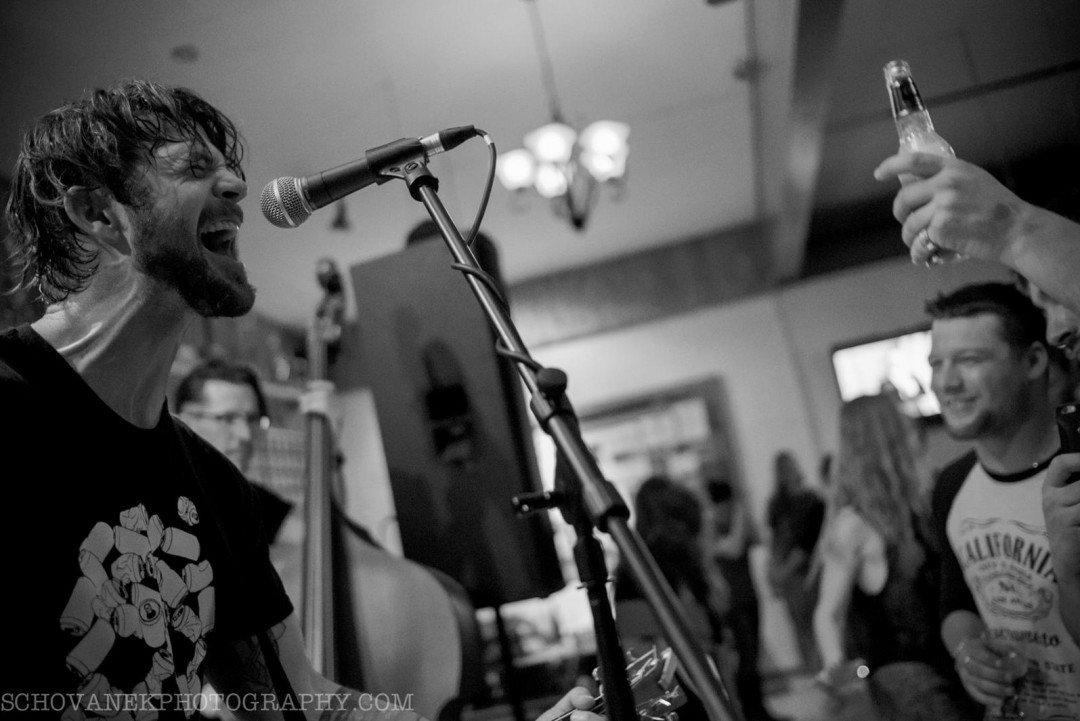 Seth Anderson is going to Fest. The Calgary-based singer/songwriter, signed to Joey Cape's One Week Records, is on the road touring with labelmate Yotam Ben-Horin of Useless ID. They're headed across the U.S. on a journey of self-discovery and rock'n'roll, making the month-long trek to Gainesville, Florida to appear at The Fest. As they make the voyage, Seth'll be sharing his road diary with Punknews.org & Some Party. The first two entries can be found below.

I think I have a crush on Keanu Reeves, and it feels so wrong, but at the same time, it feels so right!….. oh wait this isn't that kind of diary… this is supposed to be me telling you about my boring life on the road. The fame, the glory, the sleeping in my van, trying to find toilets that don't look like they're gonna give me an infection/throwing toilet standards out the window in desperation, eating deep fried food, etc., but most importantly, about the sweet people that I get to meet and spend time with through-out these travels. I thought about switching back and forth for these entries between videos and written blogs, but now that I have begun, I've decided to stick with written blogs. Why? I'll tell you why. Everyone these days has the attention span of about three seconds, and instead of feeding this digression of the human race, and the loss of appreciation for the process, I'm gonna make you work for it! You are gonna have to read every word of nonsense that I write if you wanna know what I'm up to. And there's gonna be a lot of nonsense. So be ready to throw a few minutes away a day that you will never be able to get back.

Also, as a disclaimer, don't believe anything that I am telling you.

So here it is:

First days/ shows of a tour can be pretty weird. Usually, I've spent the previous couple months working my ass off trying to save money, and also stressed to the max trying to get all the planning done. When I am playing every night, I get into a headspace where I actually enjoy standing in front of a bunch of people, bearing my soul, but that first night is always a tricky one. I'm usually more in a hide in the corner kind of mood. But this time, at Lake Louise it was different. I felt pretty great! Also,

At first glance, it appeared to be one of those shows where I am background music, and nobody gives a shit, but it was not that way either. An old friend from Canmore, Yan (aka Yanimal) is a chef there now, and pulled in a crowd and put on the show. I ate awesome food, I got to sleep in a king size bed in my own hotel room. And after we all got "shafted"!

(The Shaft is a coffee-based shooter that was originated in Lake Louise). And little did I know, getting shafted rules.

Day 2: The Rockwater, Golden, BC

Starting to feel the flow and the ease of the road now. Kinda feels like a bath that is super hot at first, but you just sit in it anyway and burn the shit outta your skin until it cools down and is super relaxing. Minus the second degree burns. Was supposed to be their Jam Night, and I was gonna play a set, which would have most likely ensured a crowd of musicians there, but the booker and I had our dates mixed up, so it was just myself playing a set, to a fairly empty room. The locals came through though! Met a couple folks sitting at the bar who called in a few recruits, and it turned out to be a really fun show. Playing to ten people that care will always outweigh 100 that don't. And believe it or not, we all went out for some drinks after, and got "shafted" again! The drink has migrated to Golden as well!

So, it's been a cool few days. Kinda relaxing, and really good to be on stage playing for people. In two days I enter the US, which I have a little anxiety about, but I am positive that it is going to an amazing tour with my homeboy, Yotam Ben Horin. He is a One Week Records label mate, and also the frontman of Useless ID. We played a show together last winter, along with Zach Quinn, in Calgary when Pears and Useless were on tour with NOFX, and he was amazing. Stoked to watch him play every night for a couple months.

Album of the Diary: Chad Rex - One Week Record. I may be biased cause it's a One Week album, but it is amazing. Chad is a rad songwriter, and the production on the songs is so perfect.

Ok, my coffee is cold now, I'm out. See you guys soon.

I sit in Portland, OR watching Yotam perform for the Bridge City Sessions. It is my first time in this city, and I find myself in an abandoned warehouse loft which has been converted into a live video set/recording studio/jam space/t-shirt pressing operation/art space. This is the kinda shit that gets me excited! People making something out of nothing. It has been a cool couple of days. Yesterday I crossed the border with my Visa letter in hand, praying to whoever would listen that I should be allowed entry into the country. I had my ducks in a row, but there is always the small chance that something may go wrong. Trying to get the paperwork and everything prepared has been the thorn in my side for the last 6 months. My girlfriend Lisa has been patient with my many rants and complaints surrounding such topic. The thought of months of planning for this 50 (or so) date US Tour getting screwed up because of me was making me lose sleep. So, you can imagine my relief, and the victorious squeal I let out once I hoped in my van after leaving the customs office, finally on confirmed route for Seattle, free of the chains I had been carrying around for the last half a year. Travelling through Washington and Oregon has been a first for me. People have welcomed us with warmth and hospitality. Though we are only a few hundred kilometres from the Canadian landscape that I've travelled numerous times, this feels new to me. Any time I get to see new things, I get that feeling in my stomach that I had when I was a kid roaming the potato fields and cow pastures of rural South-western New Brunswick in search of adventure. Nothing more, nothing less. Ok, this is starting to sound like Huckleberry Finn (absolutely not to put myself in comparison with Mark Twain, I just suck at making things sound glorious , so I decided this would just be a wanderlust, creative writing piece. Like some John Kerouac kinda shit or something….. next: as we swayed through the great west coast, Yotam has embarked on a tedious Quest to fulfill his deepest desires to ease his longing for the vinyl records of his dreams. We've hit more record shops than gas stations. No complaints here though. I've enjoyed my time.

And now get this. I'm on the other side of the continent from where I grew up listening to a bunch of locals sit in a circle yielding fiddles, guitars, mandolins, and banjos playing the jigs of my east coast home, making me feel like I'm hanging out at the harbour in Halifax. Life is weird. I miss you my eastern brethren, for the record.

I'm tipsy off of a single local beer. Time to go. Signing off from Eugene, OR. 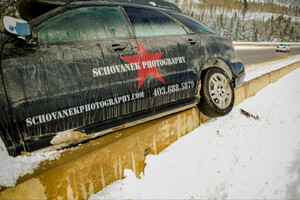