Seth Anderson: On the Road to Fest - Diary 3 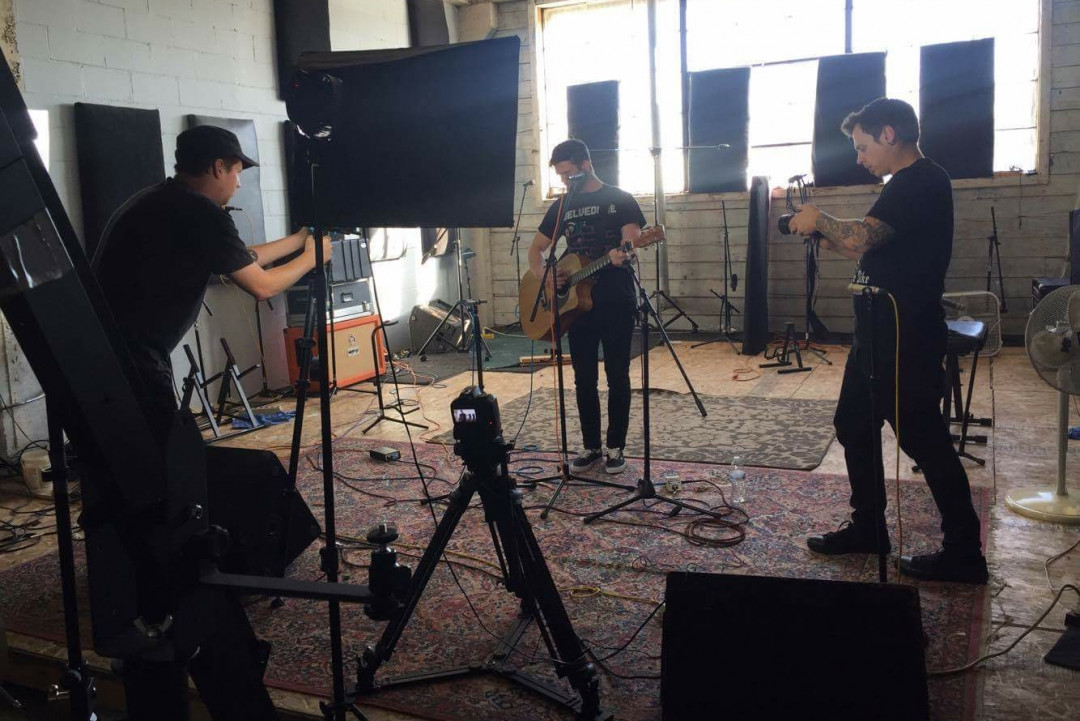 Seth Anderson is going to Fest. The Calgary-based singer/songwriter, signed to Joey Cape's One Week Records, is on the road touring with labelmate Yotam Ben-Horin of Useless ID. They're headed across the U.S. on a journey of self-discovery and rock'n'roll, making the month-long trek to Gainesville, Florida to appear at The Fest. As they make the voyage, Seth'll be sharing his road diary with Punknews.org & Some Party. The third entry, featuring a cameo from NOFX frontman Fat Mike, is below.

California. Skate videos from when I was in elementary school. Articles in Thrasher mag about the bowl scene and beach culture. "Thrashin'", the movie. Fat Wreck Chords. Dogtown. A larger than life punk rock movement. Creative freedom (what made me fall in love with skateboarding and music). As an eight-year-old and feeling that I didn't belong in rural New Brunswick, the place that I dreamt of running away to. Going pro, getting a rad haircut, and hanging out with Christian Hosoi. To summarize, the area of the world that I was most influenced by, in awe of, and obsessed with in my early years. January 2016, was my first taste when I went to San Francisco to record a One Week Record with Joey Cape. For argument's sake, this is also the reason that I am back now. Why it had taken me 35 years to get here is beyond me. When you re an independent touring musician, vacations kinda go out the window. Time off work is for touring. Extra money is for merch. A lot of times, the energy it takes to keep your head above water can blind you of the big picture. That we are here to explore and create. Neither of these things mean as much without the other. But now, I am here. And by "here", I mean, right fucking here, (really like three days ago I was there , but for the sake of the story, it's now), standing in Fat Mike's bedroom, as he is telling Yotam and I about his latest business, musical, and sexual escapades. We had swung by the Fat Office earlier that day, and in learning of Yotam's presence, he invited us over for a beer. So to break it down; First time meeting Fat Mike, the man who is a god in the eyes of the small punk rock town that I grew up in, and I'm at his house, standing in his bedroom doorway, he's wearing a dress/nighty, which is what Mike always wears, and he is telling us stories and engaging with me as if I am meant to be there…. that was a trip for me. He even offered me the opportunity to try on a latex dress. I wasn't up for it, but I was honoured that he cared to ask. And for the finale, I boldly took in a vinyl copy of my One Week Record for Mike as a gift, in hopes that he would check it out. As I presented it to him, he said, "Is it any good?"

He said, "Well, that's not really selling it."

And he said, "Great! Let's check it out right now."

So, we go downstairs, I try to fix his manager's bike seat, there is some turmoil, Mike is confiding in me regarding a personal issue, and through all of this, I am trying to figure out how to make his damn record player work. I'm at Mike's house, with my record, which he wants to hear, and the fucking record player won't work. I guess they had moved some things around and the speakers didn't get hooked up again properly. You could call it a missed opportunity, but I consider it more as fate. Mike will hear the record I am sure of it when the time is right.

It is always interesting meeting your idols. When I met Joey to record my album, he didn't make me feel like I had to bow down in the presence of his greatness, he made me feel like I was welcomed, and gave me the confidence and freedom to create. And with Mike, as much as I was in awe of what was happening, he made it cool that I was there hanging out with him. He was talking about wearing women's clothes all the time and said that it made him feel punk again and that everyone should only do whatever the fuck they want. For some, that is quitting a job they hate, buying a motorbike, touring aimlessly across the country, or wearing unexpected and invoking outfits, either way, we are all just trying to feel a little bit of freedom… and really, just trying to feel SOMETHING!

So far California has been all I ever dreamt it could be as a kid. The freedom to exist and explore still seems to resonate in the air here.

Album pick of the Diary: Hot Water Music - Light It Up.