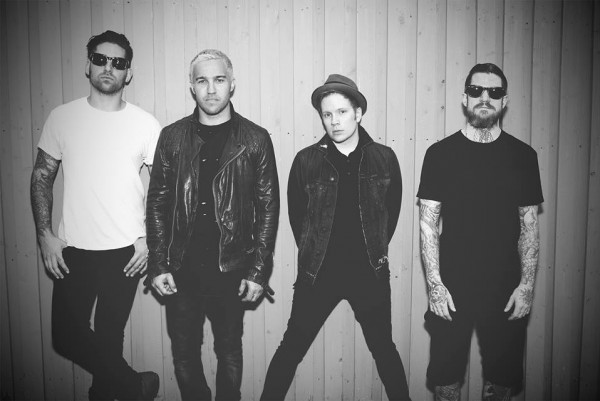 Fall Out Boy have formed a charity fund. It's called the "Fall Out Boy Fund," and it appears the organization will raise money and then distribute that money to other charities. The fund's initial donation was to Back to the Roots, a program that introduces gardening techniques to school children. See the band's statement below. The band released American Beauty/American Psycho in 2015 and will release

Fall Out Boy Statement" "We started the fund as a way for us to give back to Chicago, the city that has given so much to us. To kick things off, we’re donating money to Back to the Roots, an organization that brings gardening and food education to schools and helps inspire kids to experience the magic of growing their own food. With the funds, we’re able to provide 20,000 elementary school kids in the Chicago area with an organic gardening kit and Back to the Roots curriculum to each student. We’re taking these first steps to become a champion for Chicago, but we’re not stopping there. With the M A N I A Tour coming up in a few weeks, we want to do something special with the other funds we’ve raised and give back to others in communities across the country. That’s why we came up with the idea for The Champion of the M A N I A Tour, a way to honor local champions and spread a little light during dark times. We want to celebrate people that exemplify kindness, bravery, generosity, and every thing else that brings goodness to the forefront. Starting today, you’ll be able to nominate yourself, a family member, a loved one or a friend from your local community to be chosen as the #FOBChampion of your show. We’re looking for people who are helping change the world for the better. There will be one winner for each show on the tour. Each winner will receive a pair of tickets to their local show, and will be honored during the set (you’ll even get a shoutout on our instagram). BUT the best part is, we’ll be making a donation in the winner’s name to the charity of their choice via the Fall Out Boy Fund."

Members of Direct Hit! and PEARS interview each other for 'Band On Band' series
Go to the home page