Seth Anderson: On the Road to Fest - Conclusion 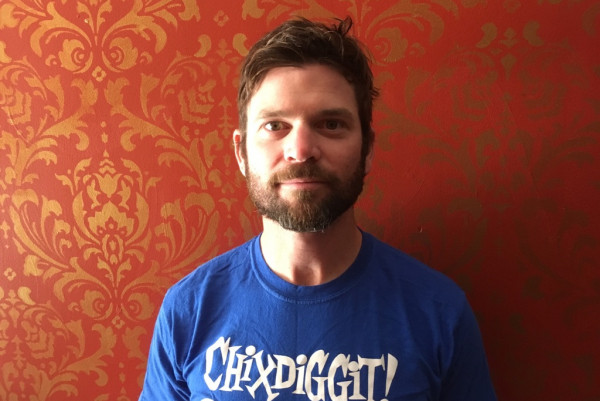 Today marks the finale in our 11 part tour diary from Calgary-based singer/songwriter Seth Anderson. Seth, who's signed to Joey Cape's One Week Records, had spend the month touring the US with labelmate Yotam Ben-Horin of Useless ID on their way to the recently concluded Fest in Gainesville Florida.

65 miles to Gainesville. Anticipation in my stomach and adrenaline buzzing under my skin.

The week bouncing around Florida served us well. Another show with Days N' Daze in Miami. Randomly running into friend Jason Guy Smiley and new friend Tim Hampshire in Orlando who would hop on our show and share some songs. We spent two nights in the beach community of Lake Worth, FL at the home of Ryan and Andy. Brothers since the womb. Twins by birth date and in every way. Finishing each other's sentences, always with guitars in hand. Radiating the excitement of teenagers into their early thirties. Young at heart.

I spent an afternoon at the beach which took me back to my own childhood and a family vacation spent exploring the Florida coastline and warm currents of the Atlantic Ocean. The time I was boogie boarding and eaten up by a wave swallowing what felt like half the ocean. I crawled to the beach projectile vomiting everywhere, looking up to two bewildered elders to which I could only turn and run back to the water. Those were the days .

My mother had requested one thing. That I have a meal at Five Guys Burgers in the memory of my dad. They had spent some time in Florida vacationing and golfing, and that was his favourite restaurant. Every time returning now she makes a point to stop by for a burger.

Fest would end the first leg of our tour that began for me on September 19th in Alberta, Canada. Time had seemed to pass so quickly, but also, the first show that Yotam and I played together in Seattle seems like an eternity ago. When I left Canmore, facing five months away until I return, it was hard to settle into a rhythm. I knew I had to last for the long haul. Settling into the moment of every day took some letting go. Thoughts of home, of what felt like another life. One morning I reached into a small zippered pocket of my back pack that I frequently used for hikes with my girlfriend Lisa this summer. There was a squished and melted chocolate from one of our days wandering through the Canadian Rockies. Chocolate is best when you need a quick sugar/ energy boost. That life felt so far away. I loved those days and we will have many more, but touring is what gives me a sense of purpose right now. As cliche as it may sound, I can't apologize.

I've learned a lot from Yotam on this tour. His focus and precision in songwriting, paired with his ability to control the room every show. He has a consistency that only comes from years of performing and touring intensely.

I miss Lisa, my family, my friends, and my life at home, but I would be sad to wake up on Monday after Fest is over and not be continuing on tour. I've worked every job under the sun and my mind is never fully there, always on the next time I would load up my van and hit the road. I've had many conversations with touring friends about this lifestyle and how it can effect our relationships and the people we love. To not want to leave, but also not able to stay. Loving and needing both equally. I feel really lucky to be out travelling around, playing music, meeting people, and also, that I have a life at home that is really amazing. I am grateful for that.

This will be my last diary entry in this series. I've been feeling like it had to draw some type of conclusion, but the most exciting thing about it is that their isn't one. When you are doing things that you love in life, you always have the people that are important to you, and the next adventure to look forward to. So, on we go.

As we entered Gainesville the oak trees towered as giants watching over protectively, draped with hanging Spanish moss. Like rolling into a dream. Fest was here.

Thank you all for taking the time to read these journals, and to Punknews.org and Some Party for sharing them. I hope to see you all soon. Take care of each other, and your selves. 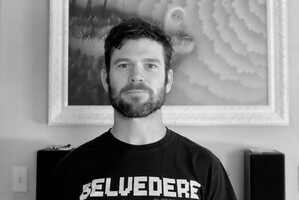 Above: photo by Shawn McClung taken on Day 2, the morning after our first show in Seattle on Sept. 24th.
At the top of the article: photo by Forest Pooky taken on Day 40.