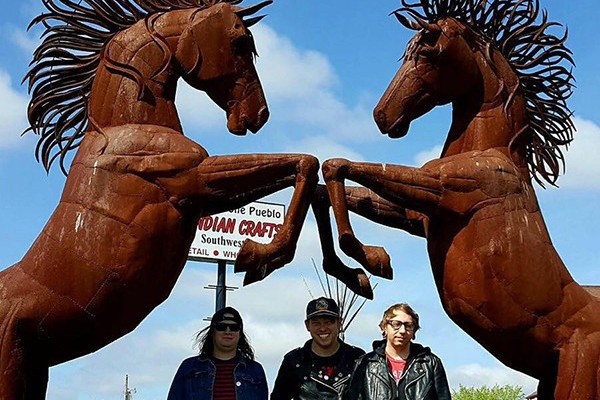 Indiana's Flamingo Nosebleed paid a visit to Live! from The Rock Room for a few songs, the first of which is available for viewing now. The track, "Radiation Love," was released as a digital single in 2015. The band's last album, Blood on the Basement Floor, was released in 2015, although they drop singles and splits via digital media.

Dead Cross: "Church Of The Motherf***ers"