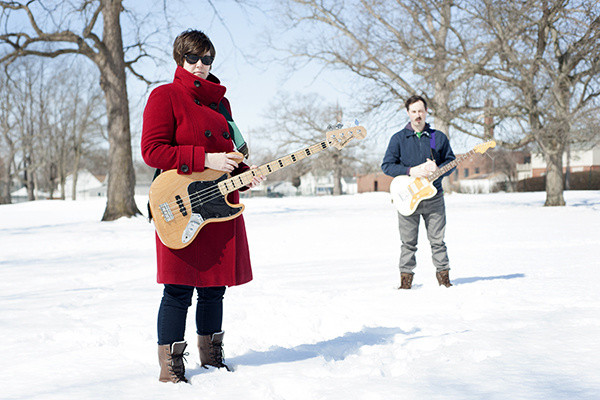 Punknews is proud to premiere a new video from one of our very own! Greg Simpson wears many hats, and along with his role as PN staffer and host of the Best Midwestern podcast, he also performs in several acts. Outdoor Velour primarily features Greg and his wife Cara as they play a bit indie, a bit pop, and bit of punk. This just-released video features a slightly expanded group, with Jonny Sommer on drums and Alex Mason playing keyboard and trombone, in a recent live performance as they play "Stay Young," the lead track off of the band's 2011 album Don't Panic. Filmed digitally, the performance was then post-processed by Toby Kaufmann-Buhler to evoke the full-on VHS experience all the way down to the washed out sound. Odd, to be sure, but definitely in line with OV's quirky aesthetic and a flashback to any punker who filmed and watched their buddy's gigs on VHS.

Outdoor Velour will be releasing Our Songs, an album of covers with significant meaning between both members of the band, and will be playing several dates in March and April in support of that album. You can check out the video, and those gig dates, below.