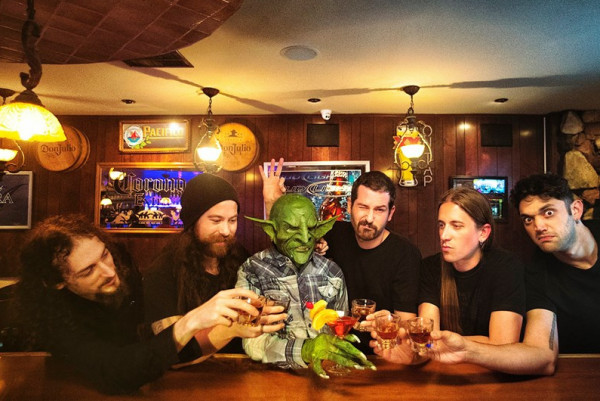 by Tony McCarthy 5 years ago

Nekrogolikon has released a video for their song "Dressed As Goblins" off their upcoming April 13th LP Welcome To Bonkers out via Mystery Box Records. The video was produced by Brendan Small a co-creator of the hit show Metalocalypse, and sheds a little light into the life of Jon Goblikon the bands mascot. Nicolas Von Doom had this to say about the new LP: “We always like to change things up when writing new material. This time around, I pretty much wrote most of it, whereas we’ve had varying degrees of collaboration on past albums. I generally prioritize catchiness when writing, so it’s a catchy album." Check it out below.

Music: Girlfriends and Boyfriends: "Hope Was in the Way"