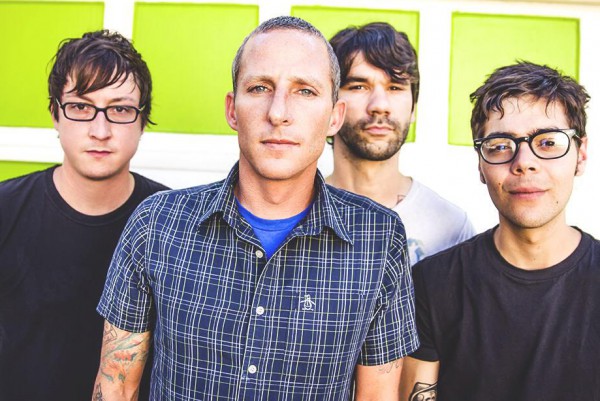 California punks Great Apes have announced that they will go on an indefinite hiatus in late August following their final scheduled shows. The band's last release was 2016's California Heart on Asian Man Records. The full statement from vocalist/guitarist Ben Moss and details of the band's final two shows can be found below:

"After six years, two full lengths, one E.P., a handful of 7"s, and heaps of shows near and far, Great Apes will be going on indefinite hiatus. Our break is an entirely amicable one, made lovingly between friends. Primarily, it's due to the fact that two members have moved out of the Bay Area, and well, life is life. I'm confident that I can speak for everyone involved when I say it's been nothing but a positive experience all the way through. Having been able to write, record, play, travel, and spend time with the people in this band was wonderful, often moving, and reaffirmed my faith in the value and power of independent music and the friendships and communities that can coincide with it. Our last two shows for a while, or at least until someone offers us a massive pile of cash to breed nostalgia, will be August 24th at Bottom of the Hill in San Francisco and August 25th at the Glass House in Pomona. Matt and Chris will be continuing onward from Sacramento and Grass Valley with their long-standing band, Monster Squad, and myself along with Rob, Marshall, and a couple of other friends have something new in the works locally. We're grateful to have had the opportunity to do any of this and want to extend our thanks and love to everyone that put out our records, recorded them, listened to them, booked us, put us up, and/or gives a shit about contributing to the good fight in any way shape or form. I know all of y'all and plenty of younger folks to come will keep using music and art as a means of making the world and individual lives better and a bit easier to navigate."