Boots Riley on 'Sorry to Bother You' 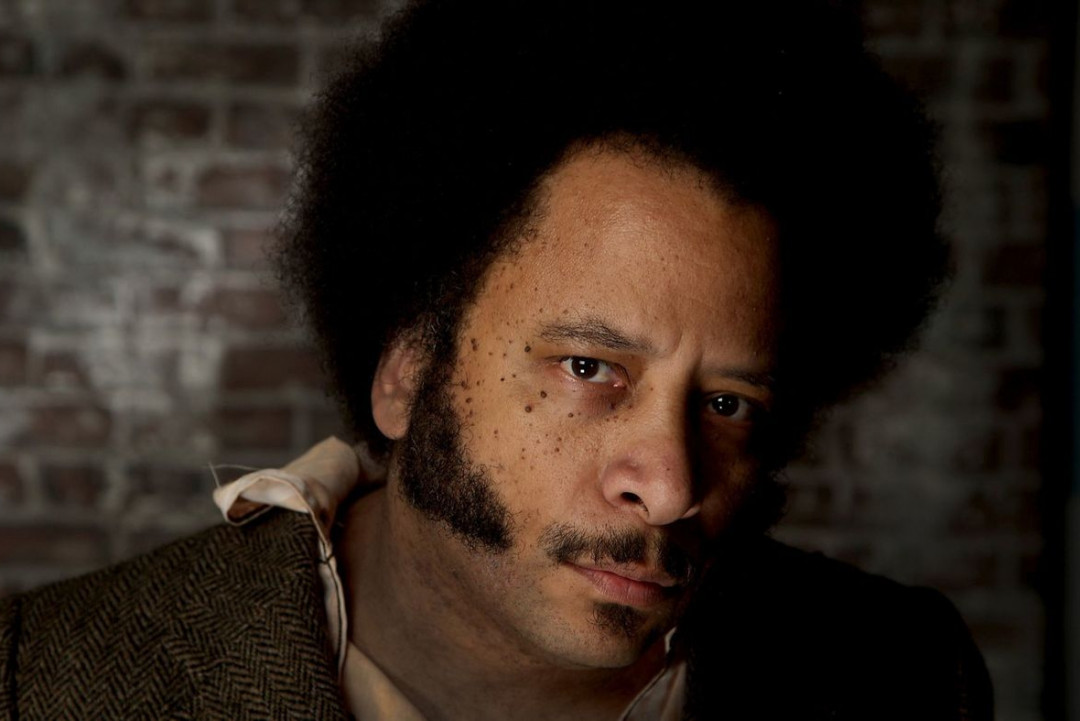 Boots Riley has arrived. For almost 30 years, the Bay Area native has been kicking out some of the most fiery, most clever, most radically left Hip Hop there is with his group The Coup. But, now, after years of hammering away, Riley has released his cinematic masterpiece, Sorry to Bother You.

The film follows Oakland's Cassius Green as he takes a job as a lowly telemarketer just to make ends meet. But, Green doesn't start making the Green until he, at the advice of Danny Glover, adopts a "white voice" in order to set his customers at ease. But from there, Riley then sends the whole thing into another planet as the film morphs into a magical realism journey that includes biting commentary on the modern capitalistic system. We'd tell you more but… you really do have to see this for yourself.

To see what Riley has to say about the film, Punknews' John Gentile rang him up to talk about telemarketing, working with Tessa Thompson, and what's up with the Coup in 2018. Check it out below.

One of the things that I found interesting about Sorry to Bother You is that, while American culture generally demonizes telemarketers- people calling you and annoying you while eating dinner- your telemarketers are portrayed as full fledged characters, and in some points, are even heroes. You know, I didn’t think about the other side. I didn’t think of the contrast. I’ve been a telemarketer. I just wrote it and I tried to make all the people full personalities. Telemarketers are just one link in the system of production. It’s the same function that every aspect of production has. Every worker is part of the production line of getting raw materials and turning them into commodities, and getting them to the market. And in this case, directly to people- so we are all part of that line.

When you say a link in the system of production, are you implying that the system is inherently predatory, or that the system is neutral, and it bends to the nature of the economic values controlling it? Under capitalism, there is a system of production and it is organized in a certain way. We all fall somewhere in that. The question is, “what are we going to do to change this? What are we going to do change how the commodities are delivered and to whose benefit?”

From my perspective, things are going ace in Boots Riley land. The film itself is fantastic. Critics loved it. Box office has been doing really well. Are you just overjoyed, or is there something in the back of your mind saying, “what might go wrong?!” Its not about something that might go wrong. It’s always, “how do I make this bigger? How do I reach more people? What’s the next step? What’s the next project? It’s hard for me to take in a moment to just enjoy it.

Even though your music and the movie often explores dark themes, my understanding of you is that you are, by nature, an optimistic person. I’m optimistic and I think that the general idea of this movie is optimistic, at least in the end and at the beginning. Basically, the whole thing is that as crazy and as messed up as things are, the fight is going on is there is hope. There is the idea of there being a way to change things- a way to affect change and win.

Along those lines, perhaps in contrast to punk where “doom and gloom” is often the façade, the Coup always seems to make revolution and fighting oppression seem fun and like a party, instead of a dour affair. Here’s the thing. I have experience organizing. I don’t think people being angry is what gets people to do things- feeling like there’s a way to change is what people respond and what motivates people to action.

A centerpiece of the film is Lakeith Stanfield’s character using a “white voice” to sell more things as a telemarketer. You explored the concepts of manufactured voices early in your career with “Freestylin’ at the Fortune 500.” Well, it is doing a similar thing with the audio. With “Fortune 500,” before the song, they are white actors and then when they start rapping- I’m Rockefeller, E-Roc is Jean Paul Getty – it’s just a vocal trick. In this movie, its supposed to sound overdub to even the people hearing it in the film.

You’ve talked about how you would modify your voice as a telemarketer. How did that effect you? Did it bum you out while you were doing it? You know, in the moment it doesn’t bum you out. You realize this is what you gotta do. You are already using your creative energy, to just collect money. But, at the end of the day, it feels like soul sucking.

What’s it like working with Danny Glover? Is he as nice a guy as he seems in his roles? Danny Glover is actually a family friend- he and my father met each other in 1968 as they were organizing the San Francisco State student strike- the one that created the first ethnic study school in America. Danny has been involved in progressive and radical things since then. He really was just a joy to work with.

Tessa Thompson is also amazing in the film. She seemed to have this ability to convey as much with her posture or facial movements as she did with the script itself. She is the master of her craft. She was really into helping create this character- Detroit. Very invested, nobody phoned in. She really made all of this work. The energy she that she exudes really fills up the frame and made it exciting. I don’t talk much about her- I don’t know how to explain her. She does something… she turns it on or off… she turns on this light, that I think was particular to this character. We talked about how Detroit is always trying to use every space- whether its earrings, shirts, or walls- it’s all making a statement. She’s very aware of the moment, very in love with being alive, that’s what she worked from. She put that out there every second.

How about what’s happening with the Coup? Will we get a soundtrack to the movie? The soundtrack is by the Coup- 9 song soundtrack that will come out any second… we may even do a part two.

Boots, the country is in a state of distress right now. What should we do to make this a better place? We need a new labor movement that is radical in vision, that beaks the laws designed to work against unions, that uses the withholding of labor as a tactic to not only get higher wages, but also to gain victories on other social justice issues- that’s the radical part of the vision.

Contests: Win a ticket to '77 Montreal