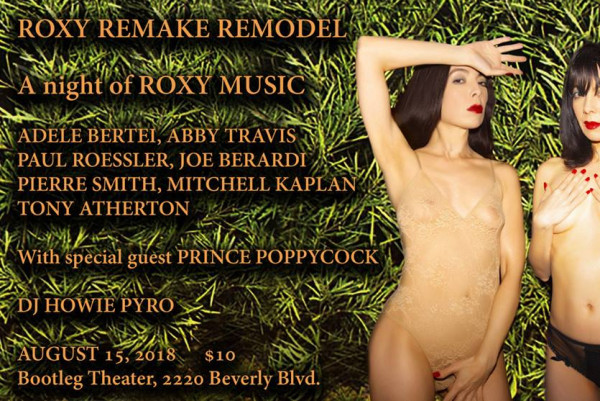 Next week, he'll be paying tribute to one of his inspirations. On August 15, Roessler and a band of six othe rpeople including Mojak's Tony Atherton and members of the Fibonaccis, will play a full Roxy Music set. That's at the Bootleg Theatre in LA. Howie Pyro will Dj before the set.

Videos: Prong: 'However It May End'