“I tried out for the Misfits” 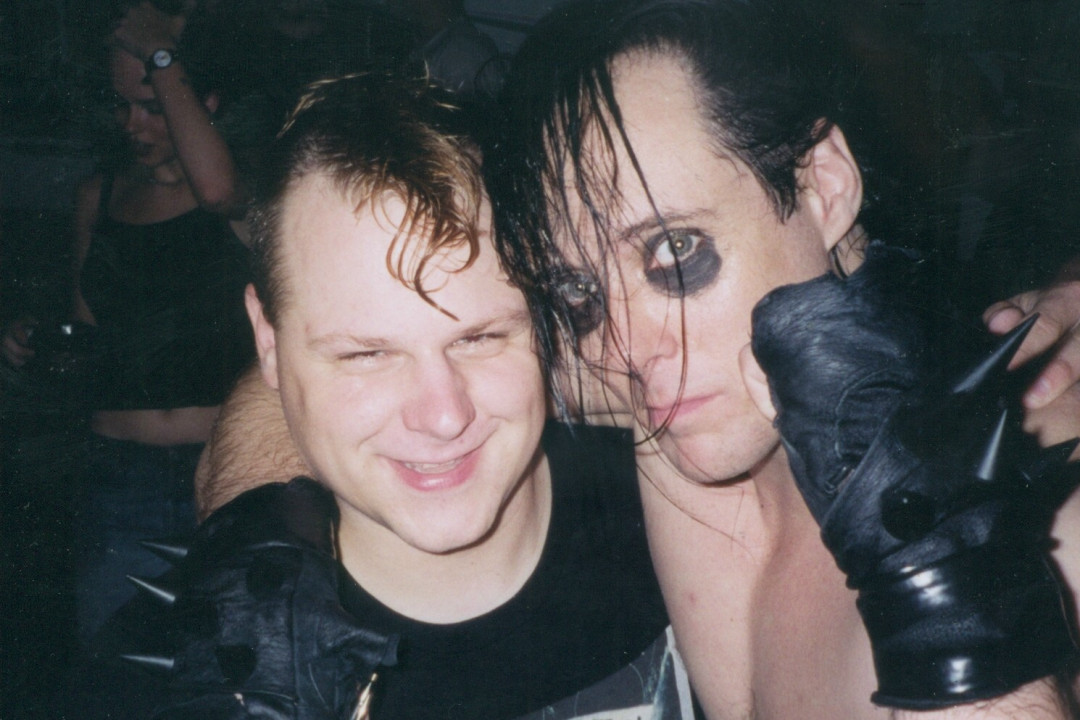 It's a lesser known fact that when The Misfits were resurrected in the late '90s, they actually held semi-open auditions for their new singer before deciding on Michale Graves. Iconic Philly punk rocker Pat Society of Violent Society (and now Battalion Zoska) heeded the call. He traveled up to Lodi to rehearse with the revived band in their proto-form and gave it a shot. Check out Pat's adventure from the '90s below.

"I tried out for the Misfits"

As any young teenager growing up in the tri-state area that was remotely into punk rock there were 2 bands you loved the Ramones and the Misfits. I befriended ex Misfits guitarist Bobby Steele when I was in 10th grade and used to harass him regularly via telephone. Bobby being the gentleman that he was always accommodated me with the bombardment of questions for this young punk.

So when the resurrected Misfits posted in the Aquarian; a local music paper from Montclair, NJ that they were in search for a singer I jumped on it. I called the number and left a message that I was interested. A few hours later I got a phone call from Ken Ciafia (Jerry Only’s Brother) and he said “Is Pat there”? I replied “Speaking”, Ken replied “So you wanna be a Misfit huh”? I was floored. I was like holy shit this is really happening. We scheduled a Saturday audition and I called my friends and bandmates Pat Kelly and Jason and said “yo I got a audition with the Misfits” wanna come up? The Misfits were playing with Dr Chud at the time (of Sardonica) at the time, but they weren’t actually sold on him being a permanent member yet, so I thought this was the perfect opportunity to bring some of my boys up with me.

There were 5 of us that crammed in Pat Kelly’s old maroon Ford and left Pennsylvania destined to Lodi, NJ home of the Misfits. The Misfits practiced at this place called “Pro Edge” which was a huge building that the Ciafia’s father and family owned. When we went thru the door we heard the reformed Misfits going thru renditions of all the classic Misfits material from 77-83. It was surreal… it was like we were in the pit of all things Misfits. As a 21 year old standing in from of Jerry Only down picking these classic Misfits tunes was jaw dropping. Jerry Only stood all ripped in his New York Giants sweat pants and t shirt and welcomed us in after they were done. He said “Come in guys, Welcome”.

The practice space was adorned with New York Giants and cover girl posters all over the spot with hand written Misfits lyrics scattered all over the floor. I tried not to be nosey, but I tried to glance over and see if the lyrics I had in my head matched the lyrics on the Misfits papers..

Michale Graves was singing and honestly was doing a great job and really locking in with Jerry and Dr. Chud. I knew this was gonna be tough to beat, but I was up for the challenge. After about a half an hour of the Misfits going through their rehearsal, my former bandmate Pat Kelly arrogantly saying to Jerry “well, how about giving us a shot). I was floored Pat ripped through a few songs like “Astro Zombies” and “Hatebreeders” and I shortly jumped in and did renditions of “Green Hell” and “Hybrid Momments”. I knew all the Misfits songs by heart, but I kinda went blank when I was put on the spot. My nervousness got the best of me.

I got to talk to Michale Graves a bit and was kinda floored he wasn’t really a Misfits fan and he was kinda the stand in to get this job. Michale however was a fan of Glenn’s recent band Danzig, so he knew Glenn’s vocal style and he really did have it down to a “t” when we heard him. On another hand, I found it sacrilege that he wasn’t familiar with the Misfits work before hand. Michale had it down though, so he was a shoe in for the job. And after his 2 albums with the Misfits it was evident he knew what he was doing and there was a reason why Jerry and Doyle picked him.

After the rest of us finished the songs, Ken came in and introduced himself to us and one of the representatives of Caroline Records was talking to Jerry about the Static Age lp, the boxset as well as discussing a new Misfits lp which would eventually be called “American Psycho”. I really wanted to be a “Misfit”, but in honesty I really liked my band at the time. So in hindsight I was glad I wasn’t asked as I knew I’d have to conform, something I never want to do. Even if they were one of my favorite bands.

It was a truly awesome experience and I’m glad I did it. People can say what they want about the Misfits new material pro or con, I think to myself how it would been with me singing those songs and getting criticized like Graves did by those rabid fans. No one can ever replace Glenn, but Michale did a pretty good job as a substitute looking back. I always respect everything Jerry and the Misfits have done along the way as I’m like a disciple in the Jim Jones camp, I’ll always drink the kool aide when it comes to the Misfits.

I got to play with the Misfits in York, PA about 2 or 3 years later while they were on tour and reminded Jerry about auditioning for the Misfits. I’m sure he didn’t remember, but he gave me a kiss on the side of the head and grabbed me in a headlock and took a photo with me. Pretty awesome in my book. And yes I’m still a “fiend for life”.

Videos: The Ratchets: “Dotard At The Dial”