NOFX to play USA with Damned, Rancid, OFF!, Bad Religion at Camp Anarchy 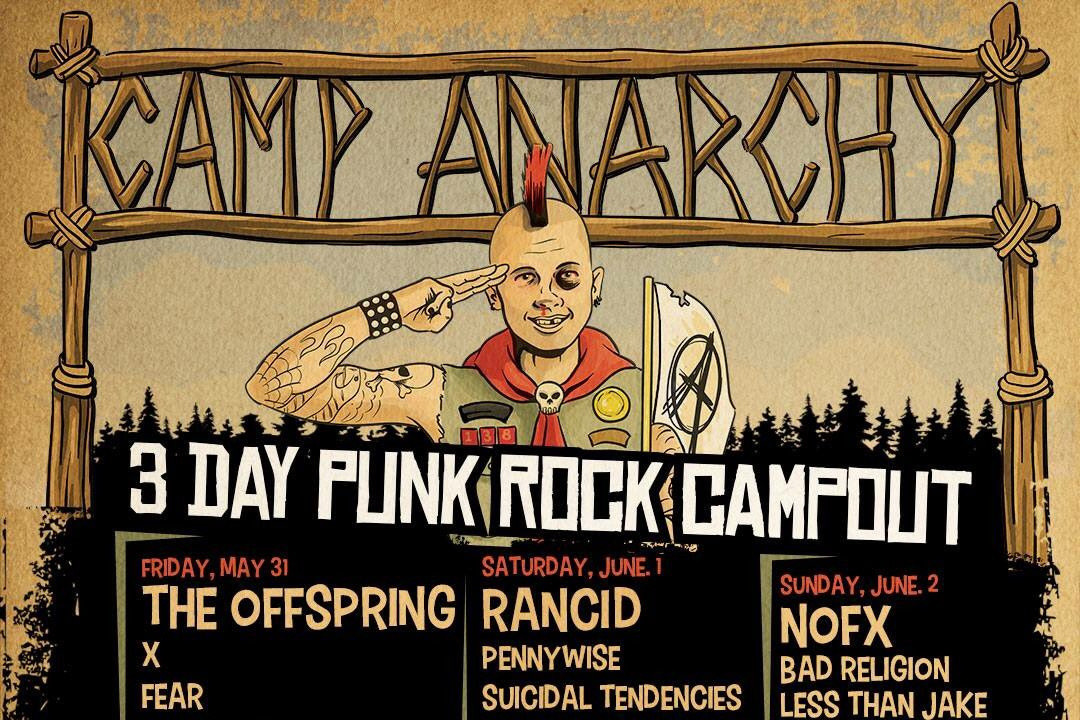 It's been a rocky year for NOFX with the band being cut from the traveling music festival named after them, following their last (controversial) appearance at Punk Rock Bowling. Since the last Punk Rock Bowling, NOFX has not played any USA shows and have been focusing on overseas appearances. The band is now set to headline a USA festival and play in their home country.

Camp Anarchy is May 31 through June 2 at Legend Valley in Thorndale, Ohio, the same location as the Ohio version of the Punk in Drublic Fest where NOFX was previously banned. The Festival is a "camp out" style festival where you can rent a plot and sleep there overnight. Bands playing Camp Anarchy include Rancid, The Offspring, NOFX, X, Fear, OFF!, Sick Of It All, Strung Out, Death By Stereo, Pennywise, Suicidal Tendences, The Damned, OFF!, A Wilhelm Scream, Voodoo Glow Skulls, Bad Religion, Less Than Jake, T.S.O.L., The Bronx, and more. The festival will include craft beer tastings and is also sponsored by Budweiser, Michelob, and Rockstar drinks.